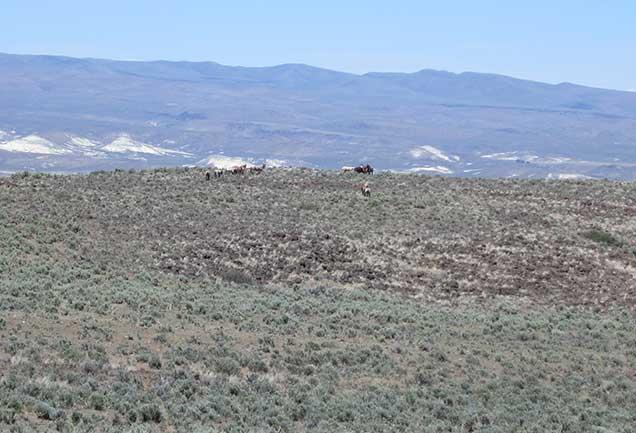 The foothill portion of this HMA near the Malheur River Canyon is part of a larger area that was famous for ranchers raising horses for miners, packers, cavalry, and early settler in the 1860s and 1870s.  The ranchers wintered their herds in this region. Today's horses in the HMA are offspring from these ranches and homesteads. The dominant horse colors are sorrel, bay, red roan, and black with a few palominos and buckskins.  Adult horses weigh an average of 950-1050 pounds and stand between 14.2 and 15.2 hands.  Maintaining genetic viability is important in small herds so horses from other herds with similar genetic characteristics have been periodically introduced.

Location: The HMA is located approximately 8 miles west of Harper, Oregon. It is bordered on the south end by the Malheur River.  The western boundary is comprised mostly of Hog Creek Ridge and the cliffs that drop off into the Hog Creek drainage.

Topography/Vegetation: Elevation in the HMA varies from 2500 to 4300 feet.  The HMA is small but very scenic with deep canyons and steep ridges which provide extraordinary vistas from the tops. Vegetation is dominated by big sagebrush, low sagebrush, stiff sagebrush, blue-bunch wheatgrass, Sandberg bluegrass, and a few dispersed juniper. Cheatgrass, a weed species, is present throughout most of the HMA. Precipitation averages 8 inches occurring mostly as snow or rain during winter and spring months. Most of the water sources are reservoirs and a few springs although there are a couple of wet areas in some of the drainages that provide water during normal precipitation years. 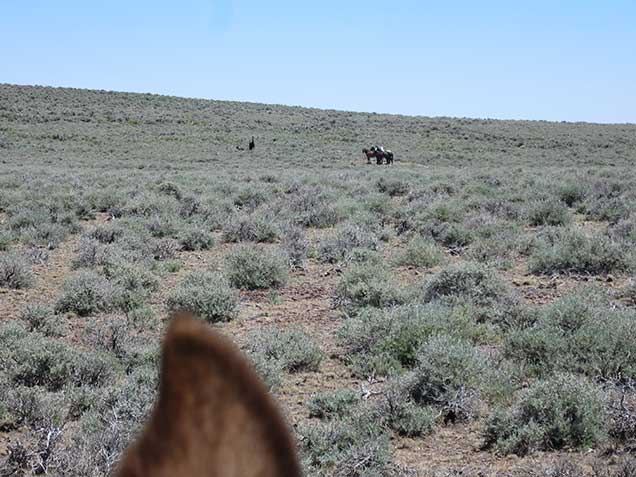