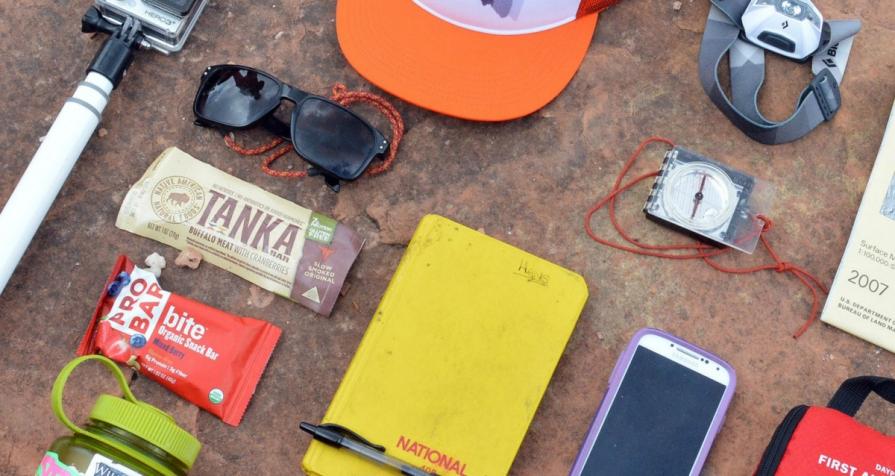 The BLM welcomes you to explore, enjoy, and make positive memories from your outdoor experiences on America’s public lands and waters.  Please remember these are wide-open spaces and wildlands.  Plan ahead and be aware of potential hazards.  It is everyone’s responsibility to take steps necessary to minimize the chances of becoming lost or injured on public lands.

Below you'll find safety tips and other key advice for planning your trip. Check with the closest BLM office for more information about local conditions, regulations, and recreation resources. Outdoor Ethics

Fire danger in the forest varies with weather conditions. Drought, heat, and wind help dry timber and other fuel, making it easier to ignite. Once a fire is burning, these same conditions help increase a fire’s intensity.

Please do your part to protect your forest from human-caused fire. Before each visit check with the Bureau of Land management for current campfire restrictions, regulations, and campfire and camp stove permit requirements. Regulations governing campfires are specific to each area and change with elevations, weather conditions, and the seasons. Trails may be closed at any time without warning due to severe hazardous fire danger and weather.

If you build a campfire remember to:

Caving can be dangerous, especially if you lack experience or knowledge of basic caving principles.  Please remember the following tips to stay safe and to help protect delicate cave environments:

What equipment will I need?

There are many abandoned mines in the desert.  The best advice we can give you is STAY OUT and STAY ALIVE!  Folks have fallen to their deaths. We’ve had reports of whole vehicles and their passengers falling into mine shafts.  Most think of mines that you walk into, others think of mining pits...keep in mind there are also mine shafts....straight down.

Flash floods can occur at any time of year, but they are most common in July, August, and September. Checking the local weather forecast is advisable, but you should realize that conditions change quickly, and it is impossible to predict where heavy rain will occur.

By entering a narrow canyon or wash, you are assuming a risk.

If flooding begins, seek high ground and wait for the water to go down before attempting to walk out. Do not enter a narrow canyon if storms threaten. Never camp in a wash bottom.

Summer temperatures in this area may reach over 100 degrees Fahrenheit. Avoid heat-related illnesses:

Adults require 4 quarts of water per day and up to 8 quarts for strenuous activity at high elevations. A 25% loss of stamina occurs when an adult loses 1 to 1 ½ quarts of water. To maintain higher energy levels and avoid dehydration, drink frequently. It is important to begin drinking before you actually feel thirsty. Don’t forget to treat your water!

It's best to understand what bears need and avoid bears whenever possible. You can do this by keeping a clean camp and home, and by following bear safety advice when recreating or working in bear country.

If you see a bear, avoid it and give the bear every opportunity to avoid you. If you do encounter a bear, remain calm and try to observe what the bear is doing. Chances are good you are not in danger. Most bears are interested only in protecting food, cubs or their “personal space.” Once they feel there is no threat, they will move on. Remember the following:

If You See a Bear

If you surprise a bear at close distance, it may feel threatened and act defensively, especially if it has cubs or food. Continue to stand your ground. If the bear moves away, walk away slowly, keeping your eyes on the bear. Increase your distance.

You can’t outrun a bear. Bears can run much faster than a sprinter and, like dogs, they will chase fleeing animals. A charging bear might come within a few feet before running off. It’s important to stand your ground.

In the Rare Event of an Attack

If a bear makes contact, you have two choices: play dead or fight back. The best choice depends on whether the bear is acting defensively or is seeking food.

Bear deterrents, including firearms and bear spray, can be helpful but should never be used as an alternative to common-sense approaches to bear encounters.

Always be alert when traveling through thick brush or rocky Outcroppings. Use a walking stick to check under brush or around crevices where recoiled snakes could lay. Wear high-top boots or snake chaps if available. Use care when moving piles of brush, logs and tarps. Most people are bitten by either accidentally stepping on the snake or while trying to kill the snake. On average, about 20% of all bites inject venom. The best first aid in case of bites is to transport the victim to a first aid clinic or hospital as soon as possible.

Hypothermia is a rapidly progressive mental and physical collapse due to the chilling of the body’s core. It is caused by prolonged exposure to cold, and is greatly intensified by wetness, wind, exhaustion, and lack of food. Hypothermia can, and often does, strike in temperatures above freezing.

The signs and symptoms of hypothermia are progressive and the onset is rapid. Watch for early signs in members of your group. Victims are usually unaware that they are becoming hypothermic.

Think Before You Drink -- Giardia

Only water from developed maintained systems at recreation sites is safe to drink. Open water sources are easily contaminated by human or animal waste. All water should be treated to prevent giardiasis. This intestinal parasite can leave you feeling miserable for weeks. Boiling your drinking water for 5 min is the best way to kill the organism

Poison-oak and/or Poison Ivy is common in our state, especially near water sources. It carries an oil that can cause a rash if it comes in contact with skin. The Poison Oak plant may appear as a vine, shrub, or small tree. The leaves are normally indented and oak-like in shape and may be green or red. The surface of the leaves is often shiny or waxy. Poison-oak leaves grow in groups of three. Poison Ivy is similar and appears in a vine and also has 3 leaves.  Learn to recognize poison oak and ivy and avoid it.

Protect yourself from poison-oak and ivy by wearing long pants and long sleeves. If you do come in contact with it, wash clothing as well as skin. Calamine lotion and creams containing Benadryl or cortisone can help relieve rash symptoms. Oral antihistamines may also be useful.

Stop the rash from spreading to others. The fluid from the sores caused by poison ivy is not contagious. The rash caused by poison oak and ivy will only spread to other areas of the body if the oil from the plant is still on your skin. And the rash will only spread to another person if you have oil on your hand and touch the individual. Once the oil has been removed from your skin, it is no longer possible to spread the rash to other areas of your body.

Ticks are external parasites that live on mammals, birds, reptiles, and amphibians. Both males and females feed on blood. They are considered harmful because they transmit diseases to humans. The two primary tick-borne diseases in the United States are Lyme disease and Rocky Mountain spotted fever.

The best means to prevent the transmission of tick-borne diseases is to promptly remove any tick. This requires regular inspection of clothing and exposed skin for attached or unattached ticks. To remove a tick, grasp it crosswise with narrow tweezers as close to the point of attachment as possible (do not rupture the tick). Retract or pull tick firmly in the direction of attachment. Do not handle ticks with bare hands. Disinfect the bite site and wash hands thoroughly with soap and water.

While a cell phone may help in an emergency, do not rely on your cell phone. Cell coverage outside established towns may be poor or unavailable. Be prepared to follow other recommendations to ensure a safe trip.

Trees and forests are threatened by non-native insects and diseases that can infest and kill large numbers of trees.  Many invasive insects including the Asian longhorned beetle, emerald ash borer, gypsy moth, goldspotted oak borer, and sirex woodwasp can survive being transported long distances undetected inside firewood.  Once these pests arrive, they can emerge and infest new areas devastating trees in parks, campgrounds, and forests. Do not bring firewood from home to burn at another destination. Instead plan to buy local firewood, heat treated firewood, or gather firewood on site when that’s permitted. Transporting firewood can spread forest pests and may also violate state and federal laws depending on the region. For more information visit: https://www.dontmovefirewood.org.

Our waters are threatened by non-native plants, mussels, fish and micro-organisms. Recreational activities such as boating, angling, waterfowl hunting and diving may spread aquatic invasive species. Many species can survive in bilge water, ballast tanks, rigging and motors- or may hide in dirt or sand that clings to nets, buckets, anchors and waders. CLEAN off visible aquatic plants, animals, and mud from all equipment before leaving water access. DRAIN motor, bilge, live well, and other water containing devices before leaving water access. DRY everything for at least five days or wipe with a towel before reuse. DISPOSE of unwanted bait, worms, and fish parts in the trash. Never dump live fish or other organisms from one water body into another. For more information visit: http://stopaquatichitchhikers.org. 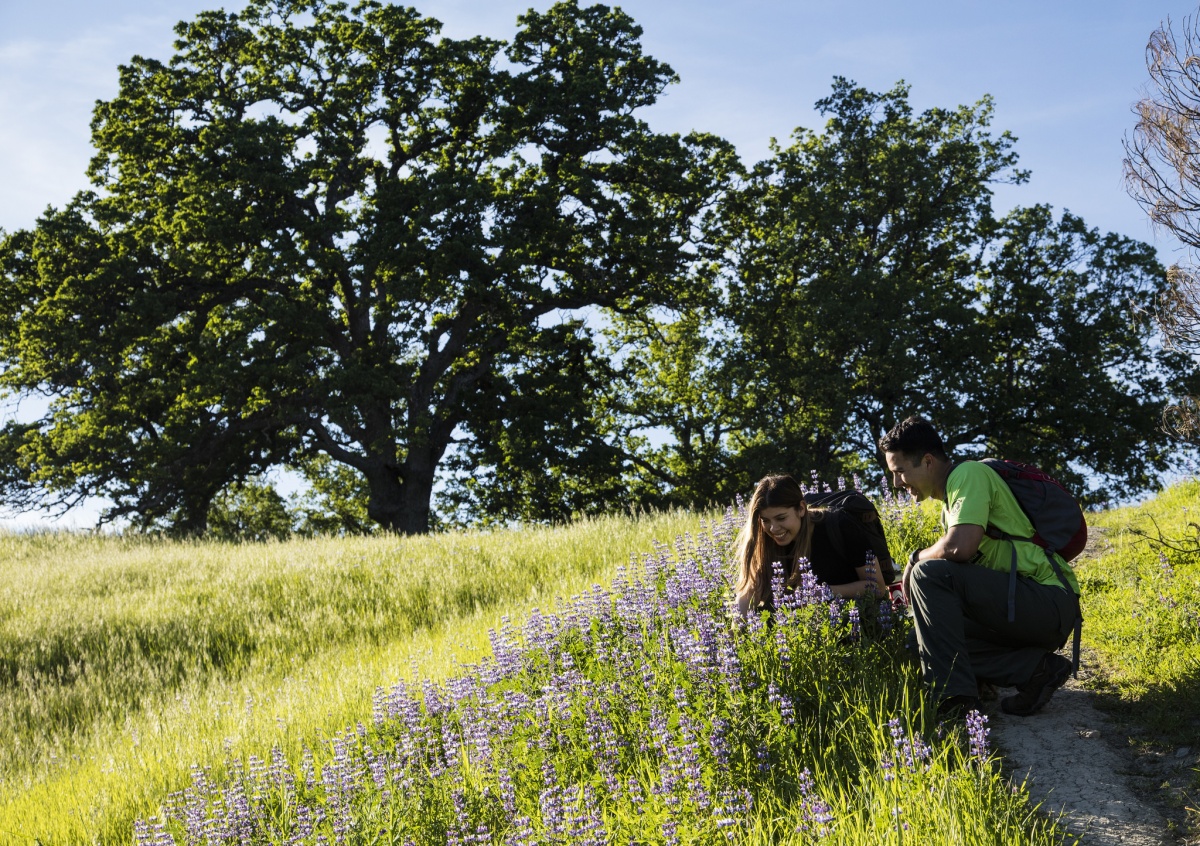 Enjoy, respect, and protect the lands that we love! Learn how through the links below.