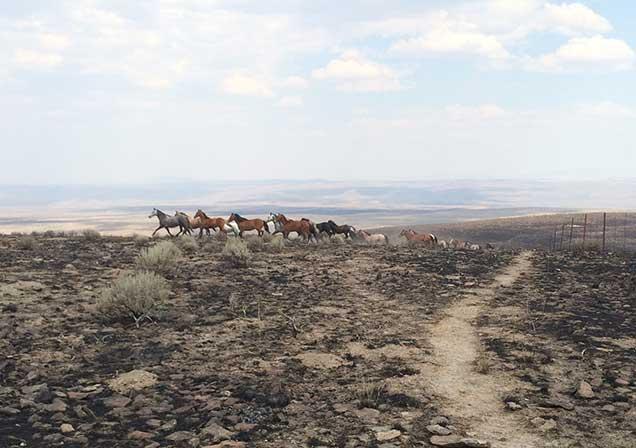 This herd originated from the offspring of horses that escaped from  homesteaders, ranchers, and farmers in the area. In the early 1970’s, wild horses within the Cold Springs HMA were predominantly grays and draft type. White, blue roan and bays were also found, with most showing draft breed characteristics.  Adult horses in the HMA weigh an average of 950 to 1250 pounds and stand between 14.2 and 16.0 hands, with some stallions being slightly larger.  Stallions from other herds with similar characteristics have been periodically introduced into this HMA to help ensure genetic diversity.  This was especially important after a large dieoff that occurred in the winter of 1992-93 due to extremely deep snowpack and lack of access to winter feed. Genetic analysis indicates that genetic variability within the Cold Springs HMA is high and the herd appears to be of mixed origins from North American breeds.

Location: The HMA is located approximately 25 miles southwest of Harper, Oregon near Star Mountain.  It is bordered on the west side by the Rooster Combs.

Topography/Vegetation: Elevation in the HMA varies from 3000 to 4600 feet. Topography of the HMA varies from flat to slightly rolling hills in the north, and steep mountainous country in the south and west. Vegetation primarily consists of Wyoming big sagebrush, several low sagebrushes, bluebunch wheatgrass, Thurber's needles grass, bottle brush squirrel tail, Sandberg bluegrass, numerous forbs, and a few isolated patches of aspens at higher elevations. Weedy species such as cheatgrass and medusa head rye are starting to invade portions of the HMA. Precipitation averages 10-12 inches, coming mostly during the winter and spring months in the form of snow or localized summer thunderstorms. There aren't any perennial streams in this HMA so reservoirs and a few springs are the main water sources. 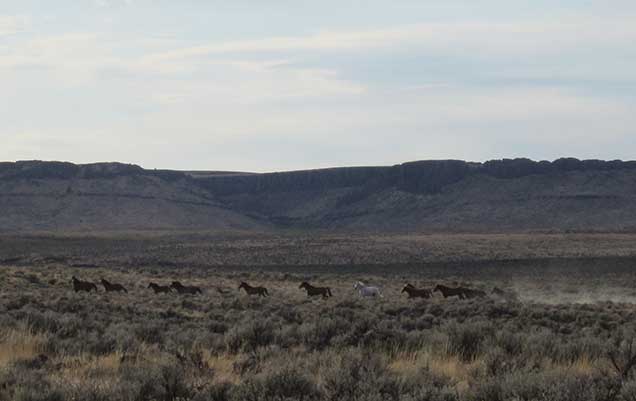