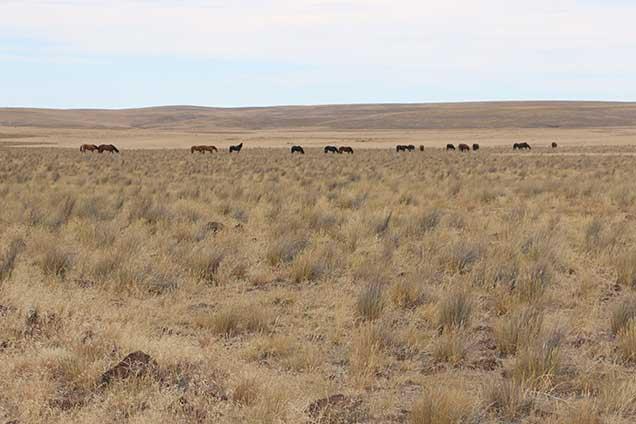 The wild horses in this HMA, though not true descendants of Army remount stallions, originated from ranches around Rome. There is documentation of ranchers raising and rounding up horses in this region since the 1940s, but the last large roundup in 1970 did not successfully remove all of them.  These remaining horses became the seed stock for the Jackies Butte wild horse herd. Their physical traits are similar to those of the remounts with well defined withers, solid and dark colors, and Thoroughbred type conformation.  Genetic analysis has identified genetic similarity to American Light Racing and Riding Breeds with mixed origins that have most likely included Thoroughbreds. Horse colors are generally black, brown, sorrel and bay in color with an occasional appaloosa influence from an appaloosa stud that appeared in this herd during the 1990s. In terms of size, these horses vary from 14.2 to 16 hands and weigh an average of 1050 pounds.

Topography/Vegetation: Elevation in the HMA varies from 3800-5200 feet.  The east side of the HMA is the side hills of Grassy Mountain which is the highest point within the HMA. On the west side of the HMA, Jackies Butte is the prominent landmark rising to approximately 4600 feet elevation.  It is of volcanic origin with an old crater visible at its crest. The remaining area is a flat to gently rolling plateau between these two high points. Vegetation primarily consists of big sagebrush, bluebunch wheatgrass, and crested wheatgrass seedlings due to fire restoration projects. Cheatgrass, a weed species is present throughout the HMA. Precipitation averages 8-10 inches, coming mostly during the winter and spring months in the form of snow or localized summer thunderstorms. Dry Creek, the only major drainage within the HMA, has several perennial pool areas that provide occasional water sources.  The main water source within the HMA is a pipeline/trough system. 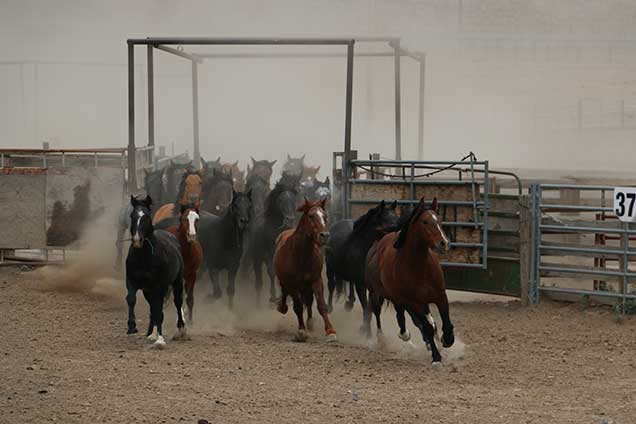