Can I Keep This?

A guide to collecting on public lands

Firewood permits for personal use are available for some areas. These allow a family to cut up to four cords of wood in specified areas for a nominal fee. Collecting dead or down wood for immediate campfire use is allowed except in posted areas. 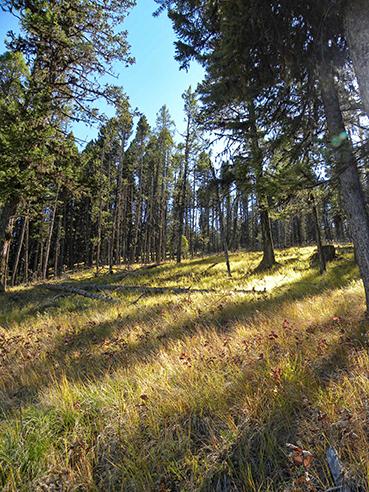 Christmas tree permits are available for a nominal fee during the holiday season. Check with local BLM offices for

Small amounts of plants, plant parts, seeds, flowers and berries may be collected for personal use in most areas.

Harvesting plants or plant materials such as seeds, landscaping materials, firewood and timber for commercial purposes requires a permit, and in some cases, a contract.
https://www.blm.gov/programs/natural-resources/forests-and-woodlands/forest-product-permits

It’s okay to collect many items such as firewood, gemstones and plant and invertebrate fossils for your personal use and
enjoyment from the public lands managed by the Bureau of Land Management. But please be careful, and avoid damaging the land, vegetation, scenery or archaeological sites. Don’t create hazards such as pits or trenches. Power equipment and explosives may not be used except for woodcutting and certain dredging operations.

In general, you may collect reasonable amounts of the following for non-commercial purposes:

Exceptions include collecting protected plants or gathering campfire wood in posted areas. You need a permit to collect
vertebrate fossils.

Maps and information on specific restrictions are normally available from local BLM offices.

You may prospect for minerals such as gold, silver and gemstones with hand tools including pans and metal detectors. Minerals found on mining claims belong to the claim holder and may not be collected without the claimant’s permission. Mining claim records can be viewed at the BLM and county recorder offices, or online at the BLM’s Mineral and Land Records System: https://mlrs.blm.gov/. 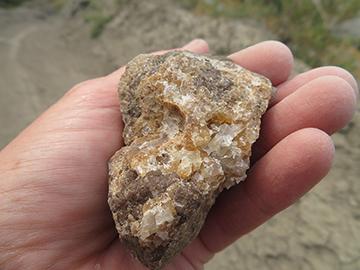 Please contact the BLM before engaging in activities that exceed casual use:

Common rock specimens may also be collected with the use of hand tools, for private use, but commercial mining of common minerals such as sand, gravel, topsoil, landscaping rocks, and similar materials requires a permit or contract.

Only hobby collecting is allowed in wilderness and wilderness study areas and must not involve surface disturbance.
Collecting prehistoric tools and chips or flaking debris made of precious or semiprecious stones is not allowed.

You’re allowed to collect up to 25 pounds plus one piece of petrified wood per day with a maximum of 250 pounds per person per year. Permits or contracts are required for pieces over 250 pounds. You may not trade, barter or sell the petrified wood you collect without a contract from the BLM. https://www.blm.gov/programs/energy-and-minerals/miningand-minerals 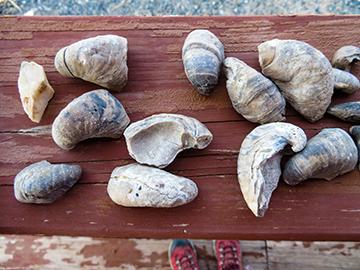 Only researchers operating under a BLM permit are allowed to collect vertebrate fossils such as dinosaurs, mammals, fish and reptiles, as well as uncommon invertebrate or plant fossils. Collected fossils remain public property and are placed with museums, universities or other public institutions for study and exhibition.

You may collect reasonable quantities of common
invertebrate fossils such as mollusks and trilobites, but this must be for personal use, and the fossils may not be bartered
or sold.

Resources found in caves including plant, animal and geologic features are federally protected and may not be altered,
damaged, or removed. 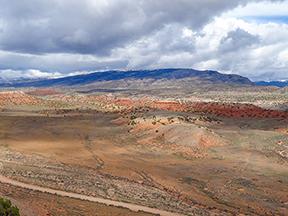 Cultural materials on public lands may not be removed, damaged, disturbed, excavated, or transferred without a BLM  permit. These resources include prehistoric and historic artifacts and sites, whole or broken objects and debris that were used by humans. Protected materials include arrowheads and other stone tools, grinding stones, beads, baskets, pottery, old bottles, horseshoes, metal tools, graves, and trash scatters. Modern money may be collected, but not historic coins and artifacts. Historic sites such as cabins, sawmills, graves, trail traces, mining areas, town sites, ranches and railroads are closed to collecting.