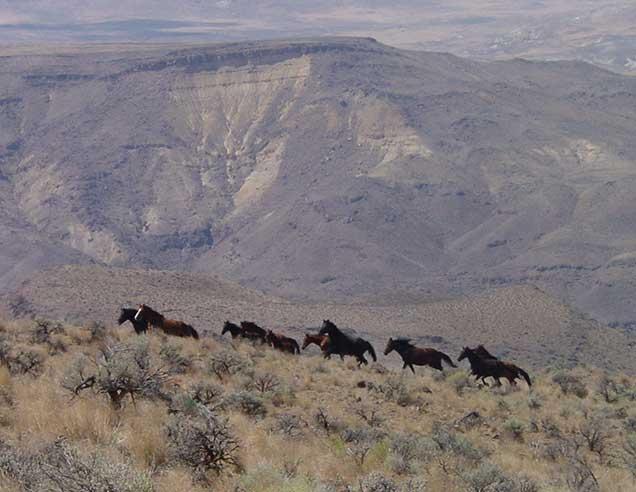 This region has a long history of local residents allowing their horses to run on rangeland yearlong.  When locals needed horses, they would gather the horses, keep what they wanted, and turn the rest back out.  The last documented local roundup was in 1968. The dominant horse colors are sorrel, bay, brown, black, and gray.  Adult horses weigh an average of 900-1000 pounds and average 15 hands.  Genetic analysis has identified genetic similarity to American Light Racing and Riding Breeds with mixed origins followed up by North American Gaited Breeds. The genetic analysis results indicate a herd with mixed origins with no clear indication of primary breed type.

Location: The herd area is located approximately 25 miles northwest of Jordan Valley, Oregon. It is bordered on the west by the Owyhee Reservoir and on the south by Leslie Gulch Road.

Topography/Vegetation: Elevation ranges from 2600 to 5000 feet. The topography ranges from isolated flats and slightly rolling hills to steep canyon country. There are several steep, high ridges with rims and rocky outcrops and steeply dissected canyon lands. Native vegetation is comprised mostly of big sagebrush, rabbitbrush, blue-bunch wheatgrass, and Sandberg's bluegrass. Several wildfires over the past three decades have created large areas where the native vegetation has been lost and replaced by weed species like cheatgrass and medusa head rye. Precipitation averages 8-10 inches, coming mostly during the winter and spring months in the form of snow or localized summer thunderstorms. The main water sources within the HMA are isolated springs and the Owyhee Reservoir. Although wild horses have access to the Owyhee Reservoir, most of them prefer to use the upland water sources. 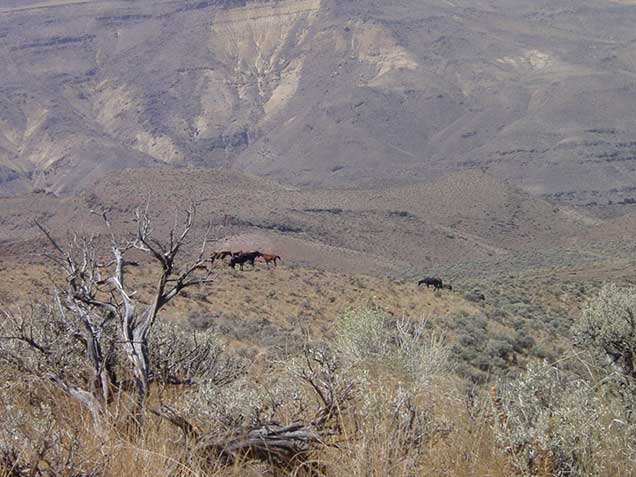