A full range of colors is present in this herd  and has a high number of palominos and sorrels with flaxen manes and tails. Other horse colors are bay, brown, black, paint, buckskin, or gray. The Wyoming horses have a diverse background of many domestic horse breeds. They most closely related to North American gaited breeds such as Rocky Mountain Horse, American Saddlebred, Standardbred, and Morgan.

Location: The Salt Wells HMA encompasses nearly 1,173,000 acres, of which over 724,000 acres are BLM-administered public lands. The majority of the herd management area consists primarily of checkerboard land ownership area created by the Union Pacific Railroad grant in the northern portion. Consolidated public lands with state school sections and small parcels of private land making up the majority of lands in the southern section of the HMA.

Topography/Vegetation: Topography within the herd area is generally gently rolling hills. There are several small streams passing through the area, and some high ridges. Precipitation ranges 7-10 inches in lower elevations and 15-17 inches at higher elevations, predominately in the form of snow. The area is unfenced other than portions of boundary fence and right-of-way boundaries along Interstate 80. A full range of colors are present. Vegetation in the HMA is dominated by sagebrush and grass, with juniper, aspen, and conifers interspersed. Horses typically use a high amount of grass species, the most favorable being needlegrass, Indian ricegrass, wheatgrass and sedges.

Wildlife: The area supports significant wildlife populations including elk, deer and pronghorn. Domestic cattle and sheep use the area lightly in the summer and moderately in the winter, but primarily cattle use. 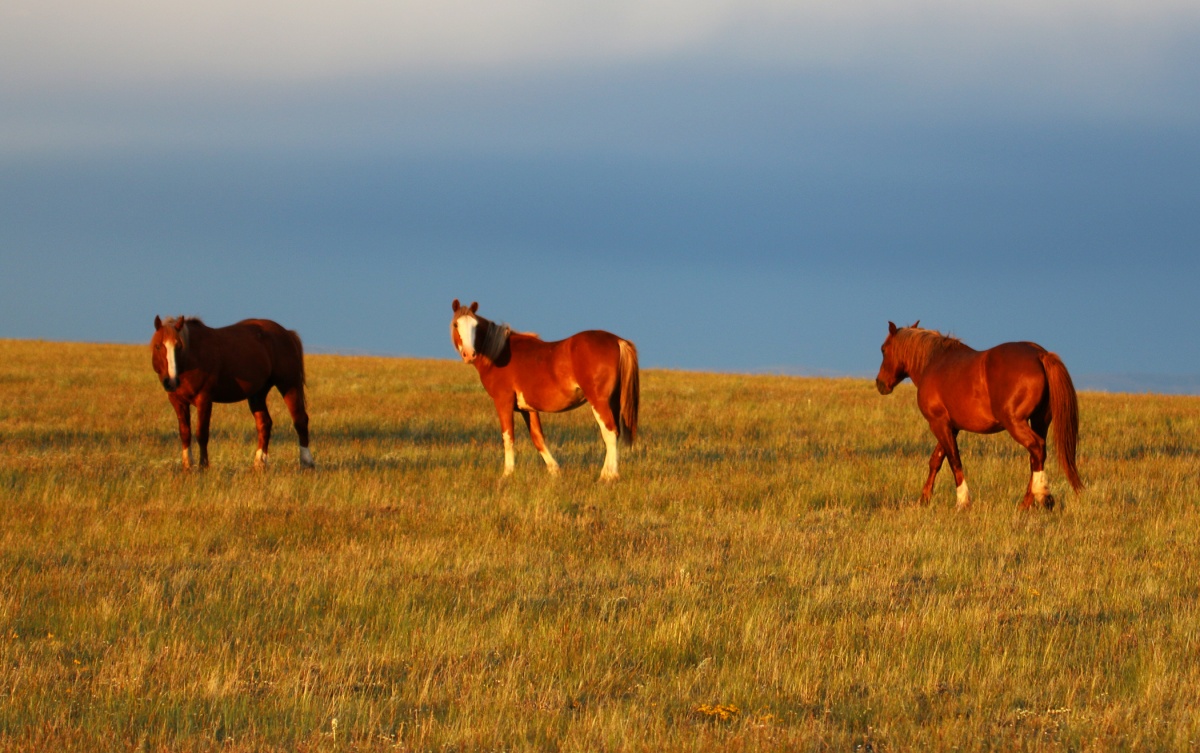 Download a map that displays all HMAs in Wyoming.

Wyoming has some of the most breathtaking wild horses and habitat. Check out Wyoming's wild horse herd management areas in the album below. Click to enlarge photo.

Watch this video about why BLM gathered horses from the Salt Wells Creek and Adobe Town HMAs in 2010. Find more BLM Wyoming videos on YouTube.