The present population has a full range of colors and has been influenced by the routine escape of domestic saddle stock from the surrounding populated areas. The genetic analysis of the Lost Creek HMA by Dr. Gus Cothran of Texas A&M University, October 14, 2010, states, “Genetic variability of this herd is fairly high. All values related to allelic diversity and heterozygosity are high. Genetic similarity results suggest a herd with mixed ancestry that primarily is North American. There is a possibility of some, although limited, Iberian ancestry.”

Location: The Lost Creek Herd Management Area (HMA) encompasses over 251,000 acres, of which 235,000 acres are BLM-administered public lands. This HMA is joined on the east by the Stewart Creek HMA, on the north by the Antelope Hills HMA, and on the west by the Divide Basin HMA and is northwest of Wamsutter, Wyo.

Topography/Vegetation: The HMA lies within the Great Divide Basin, a closed basin out of which no water flows. Some desert playa and vegetated dune areas are interspersed throughout the HMA. Several sensitive desert wetland riparian areas occur throughout the area, including both intermittent and perennial lakes and streams. Elevation ranges from 6,500 to 6,800 feet and the winters are long and severe. Annual precipitation averages a little less than six inches. 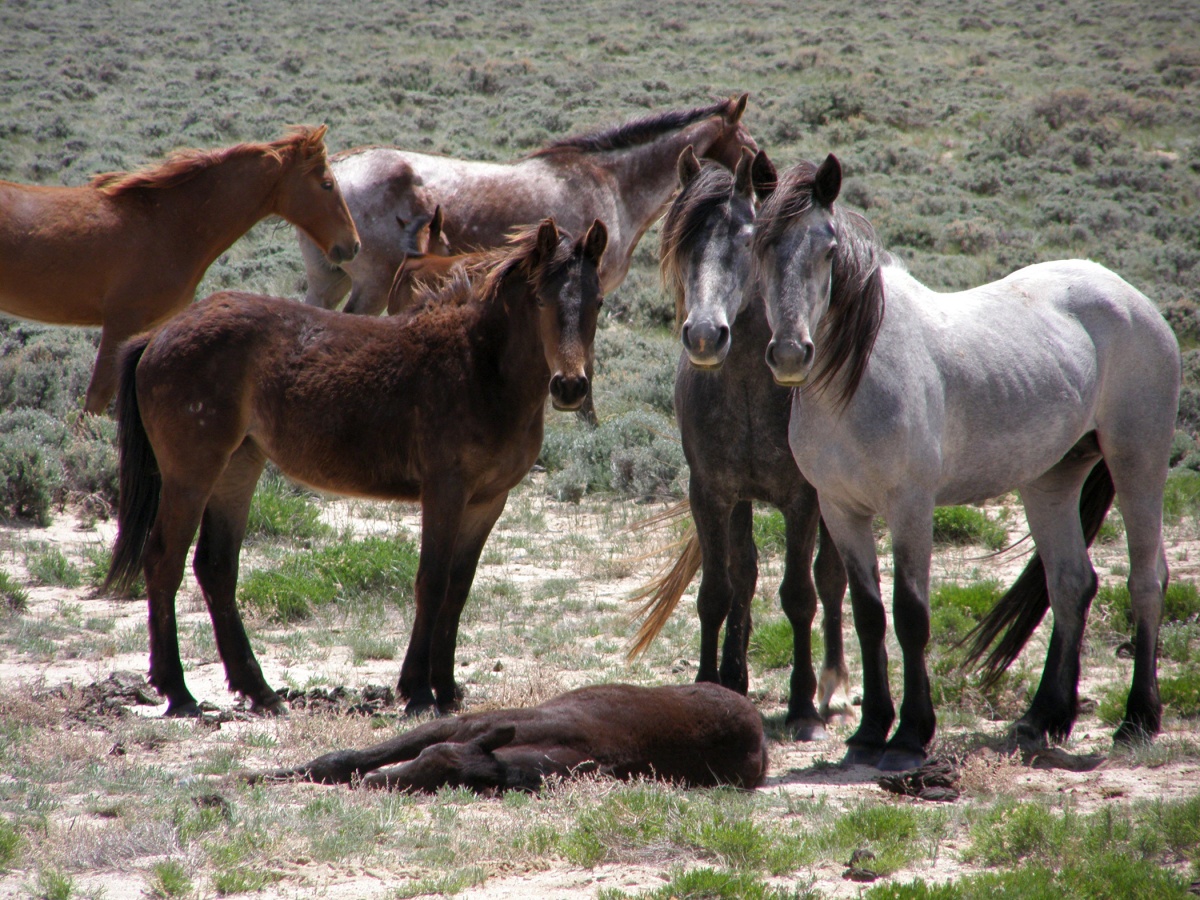 Download a map that displays all HMAs in Wyoming.

Wyoming has some of the most breathtaking wild horses and habitat. Check out Wyoming's wild horse herd management areas in the album below. Click to enlarge photo.