New Mexico is enormously rich in biodiversity, with approximately 4,583 known species.  Across plants and vertebrate animals, New Mexico has the 4th highest native species richness of any of U.S. state.  Major contributors to New Mexico’s species richness include its large size, its numerous specialized habitats, and its close proximity to the Mexican subtropics.  Another key factor is that several ecoregions converge in New Mexico, including the Colorado Plateau, Southern Rocky Mountains, Arizona-New Mexico Mountains, Central and Southern Short-grass Prairies, Chihuahuan Desert, and Apache Highlands.  New Mexico also ranks 11th in endemism (species found only in New Mexico) with 90 known endemics.

BLM New Mexico manages 13.5 million acres of public lands in New Mexico, Oklahoma, Texas, and Kansas.  About 16 threatened and endangered (T&E) animals, and 11 T&E plants occur on these public lands. Of the 16 animals, the Aplomado Falcon and Mexican Gray Wolf are considered “nonessential experimental” populations, which means they are not necessary for the continued existence of the species, and the regulatory restrictions for population management are reduced.  BLM New Mexico is also responsible for two proposed species (Headwater chub and Texas hornshell).  We also document species that are peripheral, which are species that occur irregularly, often in response to annual environmental conditions and resources that naturally fluctuate, particularly at the edge of habitats; and species that are hypothetical, which have been recorded in a particular geographical area, but whose occurrence there has not been substantiated by a specimen or a photograph.

BLM New Mexico also manages Bureau Sensitive Species which are at-risk native species found on BLM lands for which the agency can significantly affect their conservation status through management.  A management goal is to undertake conservation actions to improve the status of these species and their habitats in order to prevent listing and to eventually remove them from the sensitive species list. Listed and Sensitive species and their habitats are managed in cooperation with other Federal agencies and the New Mexico Department of Game and Fish. 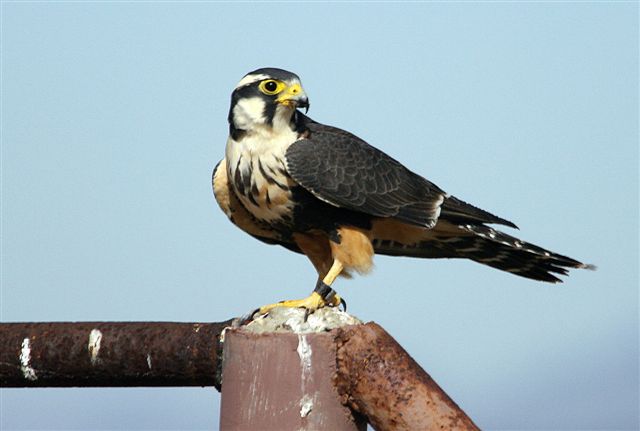