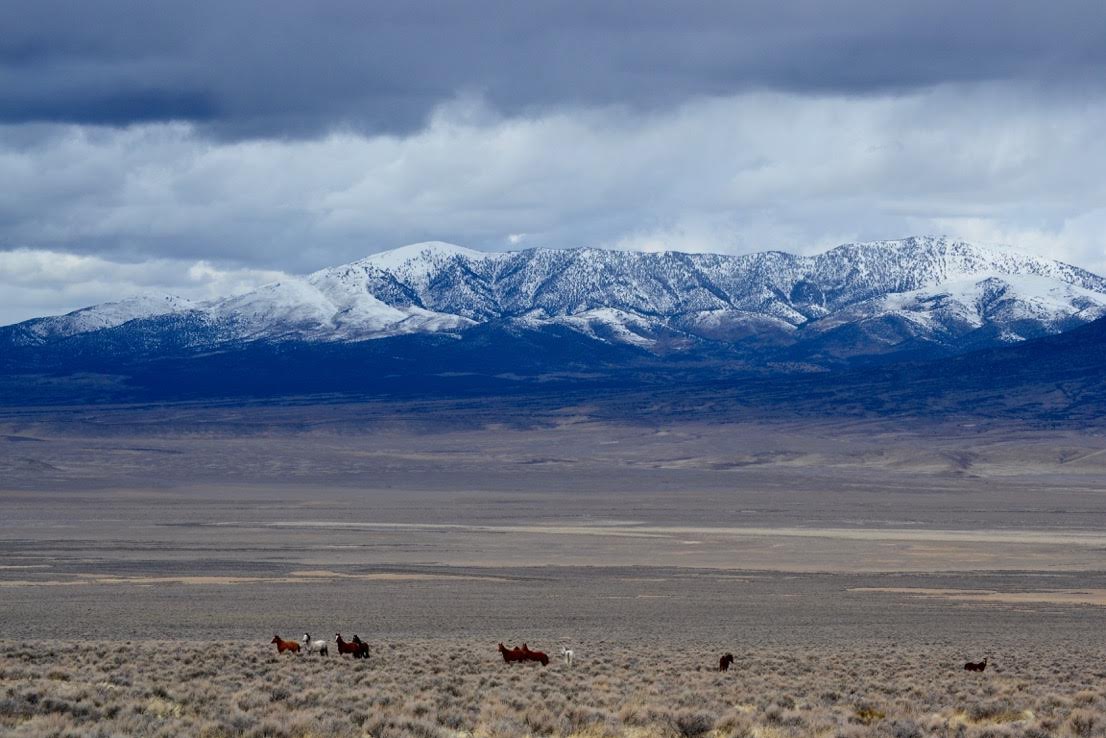 In the Antelope Valley HMA, horses have been part of the range environment in the Great Basin since contemporary livestock grazing began in the mid 1800‘s. The wild horses in the Antelope Valley HMA are descendants from horses used by homesteaders, ranchers and miners. There is some evidence the Army Remount Service was active in at least part of the area during the early 1900‘s to the early 1940‘s. The dominant colors are bay, sorrel, black, brown, buckskin, gray and dun.

Location: The Antelope Valley Herd Management Area (HMA) is located approximately 52 miles south of Wells. It is 46 miles wide at its widest point and 26 miles long. The highest point is High Peak Mountain at 9,258 feet in elevation and the lowest points are found in the valley bottoms and ranges around 5,000 feet.

Topography/Vegetation: This region is located in the Great Basin which is one of the largest deserts in the world. The Great Basin is effectively cut off from the westerly flow of Pacific moisture. Orographic uplift of crossing air masses by the Sierra and the Cascades provides cooling and precipitates much of the moisture out. The result is a Dry Steppe cold climate classification for most of the Great Basin. The climate is typical of middle latitude, semi-arid lands where evaporation potential exceeds precipitation throughout the year. Precipitation normally ranges from approximately five to seven inches on the valley bottoms to 16 to 18 inches on the mountain peaks. Most of this precipitation comes in the form of snow occurring primarily in the winter and spring with the summers being quite dry. Temperatures range from greater than 90 degrees Fahrenheit in the summer months to minus 15 degrees or colder in the mountains in the winter. The HMA is characterized by long wide valleys and long narrow steep mountain peaks covered with heavy pinyon juniper woodlands.