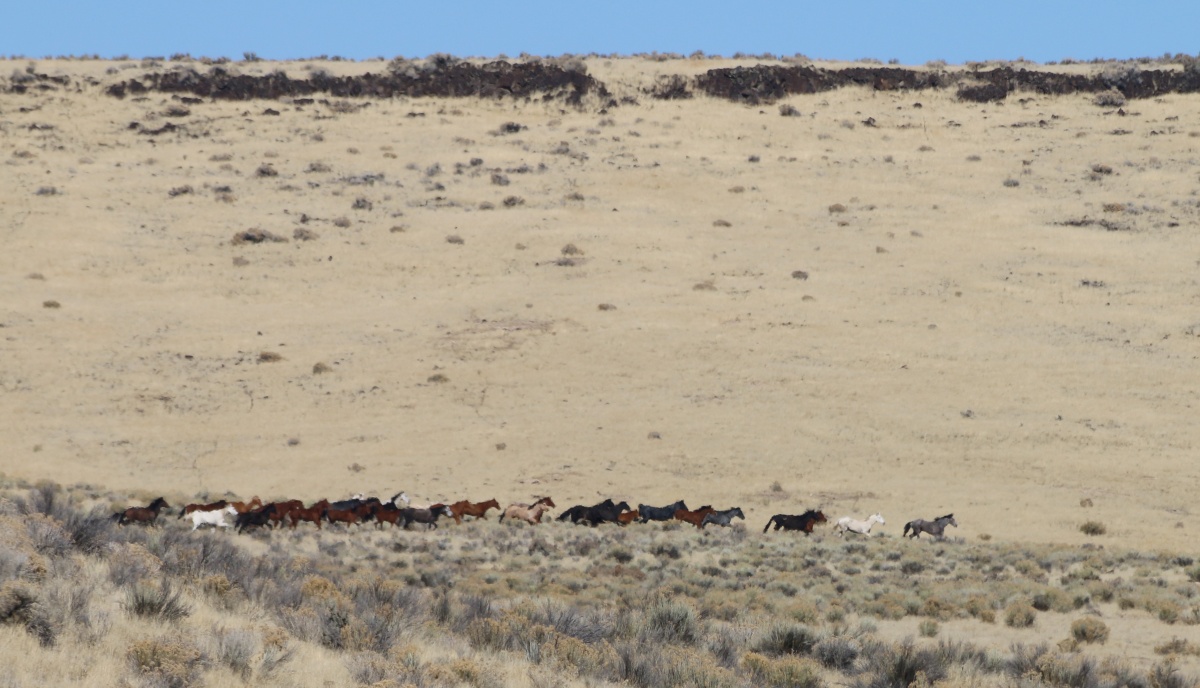 Horses within the HMA are descendants of ranch horses that either escaped or were released into the area. The majority of the horses exhibit a bay, brown, black, or sorrel color pattern. However, there are also a number of palominos, buckskins, pintos, grays, roans and white horses.

Topography/Vegetation: The area is within the Columbia Plateau and Great Basin physiographic regions. On many of the low hills and ridges that are scattered throughout the area, the soils are underlain by bedrock. Elevations within the HMA range from approximately 4,500 feet to 6,100 feet. The majority of the HMA lies within 5,000 to 5,500 feet elevation. The climate is continental and semi-arid with cool, moist winters and warm, dry summers. Precipitation ranges from 6 to 14 inches, occurring primarily in the winter and spring. Average annual temperature ranges from 43 to 47 degrees Fahrenheit.

Wildlife: The area is also utilized by domestic livestock and numerous wildlife species. Typical wildlife species found in the area include chukar, partridge, sage grouse, mule deer, pronghorn antelope, coyotes, jackrabbits, and various species of birds, rodents and reptiles. The area is used as winter range for deer and provides valuable forage during migration periods. The North Fork of the Little Humboldt River Wilderness Study Area (WSA) is also located within the HMA.