Recreational target shooting is a popular use of Bureau of Land Management public lands. The Phoenix District Office is constructing four recreational shooting sports sites on public lands near the Phoenix metro area.

The sites will allow for active management and increased safety for shooting sports enthusiasts and other public land users near one of the most populated metro areas in the nation. These areas range from minimally developed to fully developed.

Three sites in the Hassayampa Field Office are now open. More sites will open in the coming months.

You are responsible for your own safety and the safety of others at the site.

Shooting sites are self-service sites except during special events or when range personnel or volunteers are present. If you demonstrate unsafe firearm practices, you may be removed from the site.

Children under 16 must be accompanied by a responsible adult while in a site.

Rules and Prohibited Acts Within Developed Recreation Sites and Areas

In addition to the preceding supplementary rules, the following rules will apply within a recreational shooting sports site: 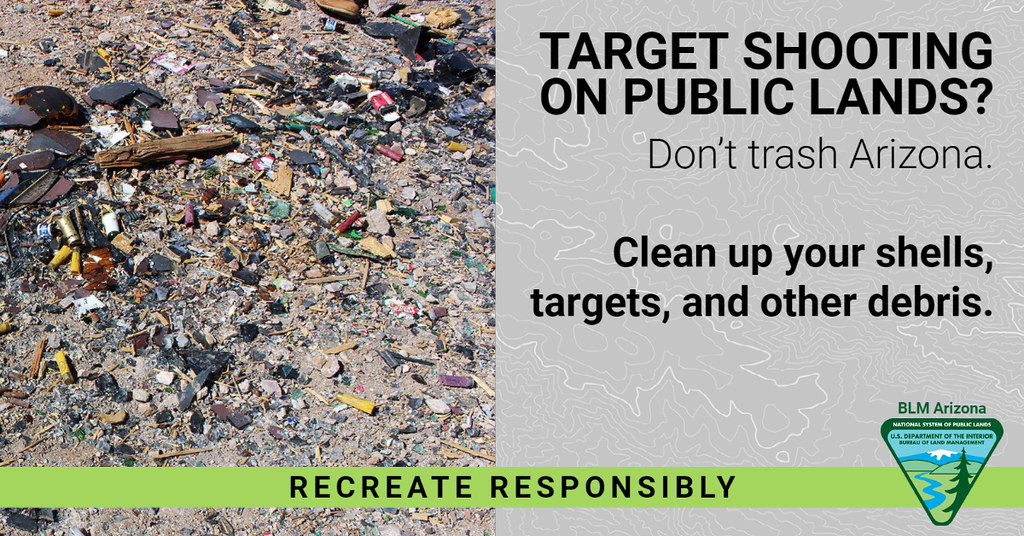 In January 2020, the BLM's Phoenix District published a final Environmental Assessment (EA) and Decision Record approving the Recreational Shooting Sports Project, clearing the way for the construction and operation of five recreational shooting sites on public lands near the Phoenix metro area.

On March 12, 2021 the BLM published in the Federal Register the final supplementary rules for this project. The rules became effective April 12, 2021.

What is the Recreational Shooting Sports Project?

In January 2020, the Bureau of Land Management approved the construction and operation of five recreational shooting sports sites within the Phoenix District. Construction of the Baldy Mountain site began in the fall of 2020 followed closely by the Box Canyon, Church Camp Road, and Saddleback Mountain sites. Narramore Road has been planned, but construction has yet to be funded.

Where are the sites?

When will the sites open?

The Church Camp Road and Saddleback Mountain sites opened in October 2022. The other two sites are expected to open in 2023.

What hours will the sites be open?

Once operational, the sites will be open for day-use only. Sites will open daily at 7 am. Closing time will vary throughout the year depending on the time of sunset. The sites will also be closed on alternating Wednesday mornings for maintenance and cleaning.

Will the sites close every year during fire season?

Phoenix District staff will analyze conditions each year to determine if the developed shooting sites can stay open during fire season.

Will I need to reserve a time to visit?

No, the sites are first-come, first-served. If a site is full, you may have to come back at another time.

Will there be a fee for the sites?

The sites are intended to initially operate without fees. Should the BLM determine in the future that fees are needed to best manage the sites, we would develop a recreation business plan and engage the public for input before implementing any fees.

Are the sites going to be staffed?

Staff and volunteers may be present on occasion, though the sites are not planned to be staffed during all open hours.

What facilities will be at the sites?

Sites will have varying levels of development.

What rules will apply?

What safety tips do you recommend?

You are responsible for your own safety and the safety of others at the site. Shooting sites are self-service sites. Check out these tips for responsible target shooting from Tread Lightly!

Where can I get more information?

Learn about the BLM’s planning efforts for the Recreational Shooting Sports Project at the National NEPA Register. You can also contact the Phoenix District Office by phone at 623-580-5500 or via email at blm_az_pdoweb@blm.gov.

Recreational shooting sites are open for day use only.

Sites are closed on Wednesdays for maintenance and cleaning.

Sites are closed outside these hours. 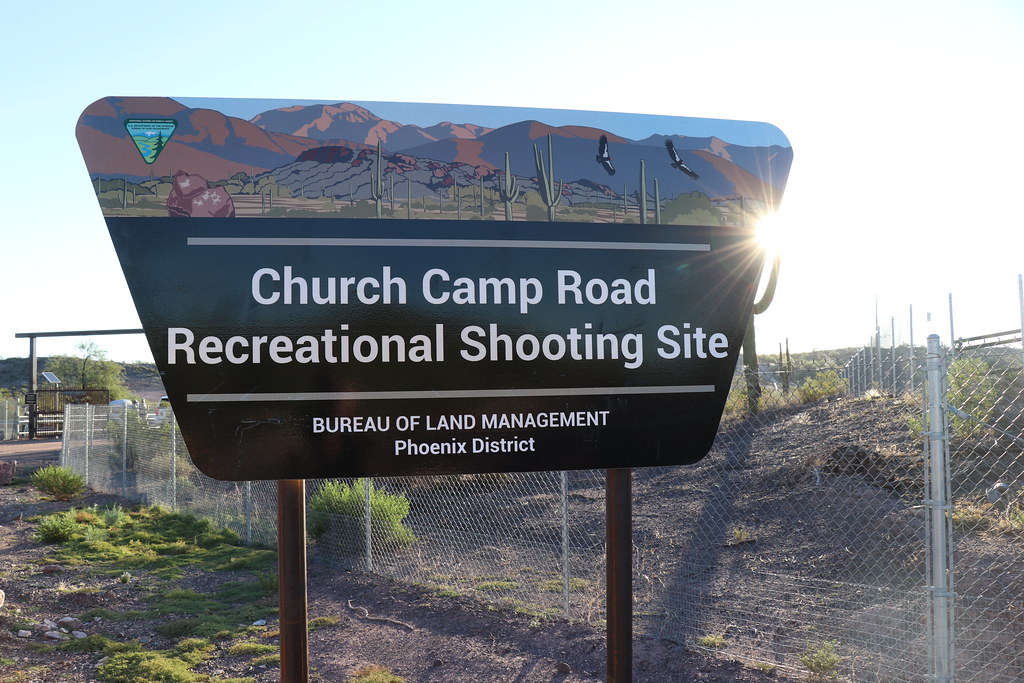