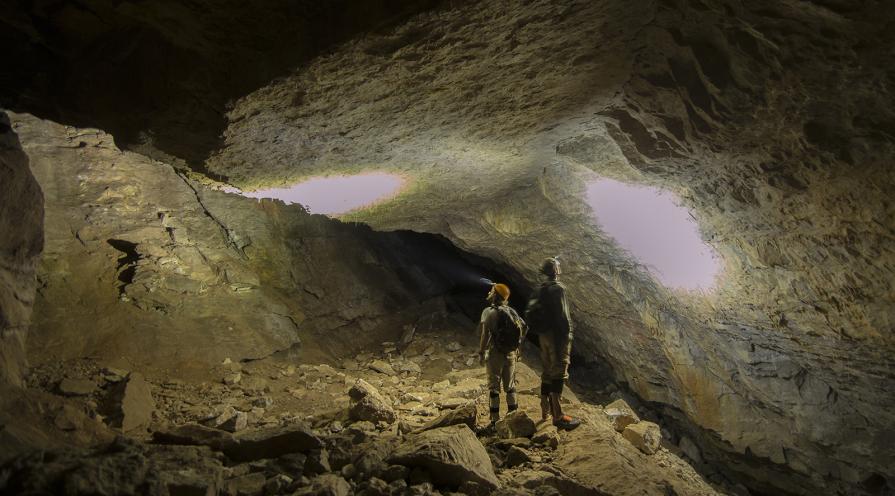 The Beaver Dam Mountains, which sit in the southwest corner of Washington County, Utah, are made up primarily of Permian Age limestone, which makes for great rock climbing, and sometimes, provides the foundation for spectacular cave systems.  Located on the east side of the Beaver Dam Mountains, is the Bloomington Cave--the only cave in the St. George Field Office area that is open for public access.  It can be found approximately 15 miles west of the City of St. George.

Bloomington Cave is the most extensive and well-known cave in the St. George Field Office.  It is a large tectonic cave, and has at least six distinct levels and a maze of passages that are generally narrow, often with steeply dipping floors.  The surveyed length of the cave is currently 1.43 miles (7,574 feet), making it the fifth longest cave in Utah.  In 1994, this cave was listed as a significant cave on federal lands, under the authority and mandate of the Federal Cave Resources Protection Act (FCRPA) of 1988.

This cave’s difficulty level is currently unrated.  However, many users who are not experienced cavers have found the cave much more difficult than expected.  Bloomington Cave requires crawling, squeezing through through tight passages, climbing, and moving on slippery surfaces.  Five routes are marked within the cave. View the Cave Routes to see these routes and to read a description of their challenges.

Anyone wishing to enter Bloomington Cave must have a permit.  The permit is free and available from the St. George Field Office. View our Permit System document to learn the process for submitting your application. 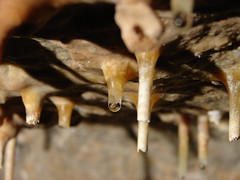