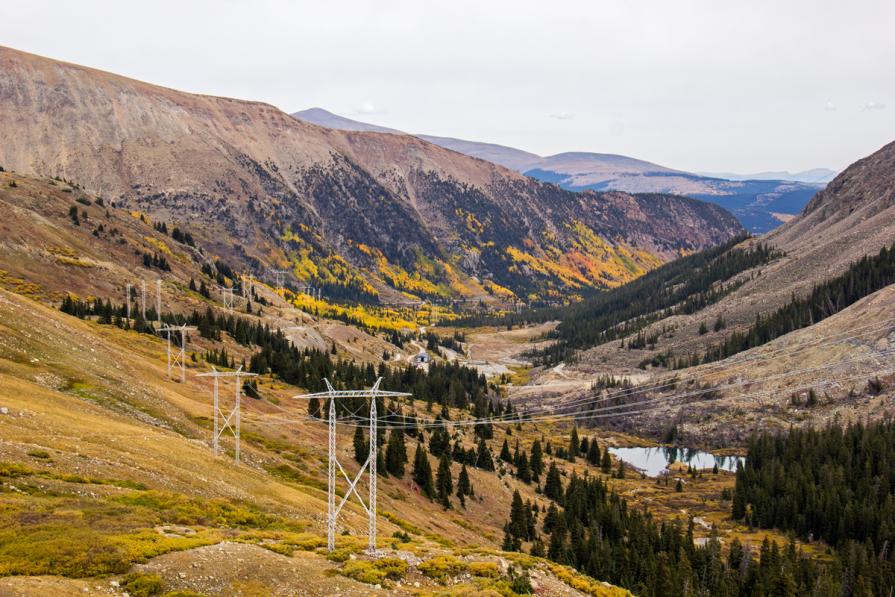 BLM Colorado's lands and realty program oversees land tenure, rights-of-way, leases and permits on public lands throughout the state. The program also determines the boundaries of federal land and maintains historic records for ownership transactions. Land tenure is an important component of the BLM’s strategy; the BLM acquires important parcels to preserve special areas, protect resources or enhance existing public lands such as National Conservation Lands. Many of these acquisitions are made through the Land and Water Conservation Fund. In addition, disposing of small, isolated and difficult to manage parcels reduces costs for the American tax-payer, consolidates land ownership and conserves important land values. The BLM may also consider rights-of-way, leases and permits for a variety of reasons, such as roads, pipelines or transmission lines; commercial filming; or even ski resorts!

Filming on Public Lands in Colorado

The public lands have long been a popular location for the motion picture industry. The western deserts, dry lakebeds and mountain terrain are strong attractions to national and international television and film production companies. Many major motion pictures and television commercials have been filmed on public lands.

Applications for permits must be analyzed through the environmental assessment process. Resource values which must be considered include archaeology, wildlife, recreation areas, range, wilderness and watershed.

Each year, thousands of individuals and companies apply to the BLM to obtain a right-of-way (ROW) on public land.

A ROW grant is an authorization to use a specific piece of public land for a certain project, such as roads, pipelines, transmission lines and communication sites. A ROW grant authorizes rights and privileges for a specific use of the land for a specific period of time. Generally, a BLM ROW is granted for a term appropriate for the life of the project.

Section 302 of the Federal Land Policy and Management Act of 1976 (FLPMA) authorizes the BLM to issue leases and permits for the public to use, occupy and develop public lands. Leases and permits are issued for commercial filming, advertising displays, commercial or noncommercial croplands, apiaries, livestock holding or feeding areas not related to grazing permits and leases, harvesting native or introduced species, temporary or permanent facilities for commercial purposes (does not include mining claims), residential occupancy, ski resorts, construction equipment storage sites, assembly yards, oil rig stacking sites, mining claim occupancy if the residential structures are not incidental to the mining operation, and water pipelines and well pumps related to irrigation and non-irrigation facilities. The regulations establishing procedures to process these leases and permits are found in 43 Code of Federal Regulations (CFR) 2920.

The BLM Land Tenure program overseas land use, purchase, exchange, donation and sale involving BLM-administered public lands. Land ownership transfer through purchase, exchange, donation and sale is an important component of the BLM’s strategy. Disposing (by sale or exchange) small, isolated and difficult to manage parcels improves the BLM’s overall ownership pattern, which reduces costs associated with managing those parcels and reduces the potential risk of conflicts with adjacent landowners. Consolidated ownership patterns provide an efficient landscape for BLM managers and their planning and decision making processes to preserve and conserve values considered important to the public. The bureau completes ownership transactions involving land and interests in land when such transactions are in the public interest and consistent with publicly-approved land use plans.