The historical origin of wild horses or the source of the animals that occupy the Swasey HMA is unknown. However, many of the horses in the herd are descendants of horses that were turned loose or escaped from local ranches. Historically the Swasey Herd was dominated by gray and light-colored horses, and this trait continues today.  Other common colors include black, brown, bays, buckskins, and pintos. The average size of herd adults is 14 to 14 1/2 hands. The Swasey HMA appropriate management level is set at 60-100 wild horses.

The Swasey Herd Management Area (HMA) is located in Juab and Millard counties, in the Swasey Mountains in north-central Millard County, approximately 50 miles west of Delta. The HMA contains 120,113 acres of public and state lands.

Vegetation in the area is made up of three main vegetative types.  Saltbush-grass type, black sage-grass type, and rabbit brush-grass type.  There are juniper and pinyon pine trees that occur on the mountain ridges.  Key species include indian ricegrass, bottlebrush squirreltail, galletta, needle-and-thread, sand dropseed, and winterfat.

Permanent waters are located on the east side of the HMA below Swasey Peak.  Several of these waters have been developed and are piped to various portions of the HMA to distribute availability.  Horses also water at Coyote Springs which is located on the west side of the HMA in Tule Valley.  Water is also available occasionally at several springs on the north end and catchment ponds throughout the HMA after large storm events.

Pronghorn antelope and mule deer reside in the HMA year-round.  The antelope mainly use the low elevations; the deer tend to use the higher elevations for most of the year dropping to lower elevations during the winter.

Travel west from Delta on U.S. Highway 50 & 6 approximately 30 miles to the signed turnoff to Long Ridge Reservoir, Marjum Pass and Death Canyon. Turn north and travel approximately 15 miles to an intersection with a large fenced pond west of the road. Turn east at intersection towards Swasey Spring. Travel east, then north approximately 13 miles to the signed turnoff to Swasey Spring. Turn left to Swasey Spring and travel west 2.5 miles to turn left toward what is known as the Middle Pond where horses can be seen though out the day.  Horses may be seen in the foothills and canyons along the east side of the Swasey Mountains. 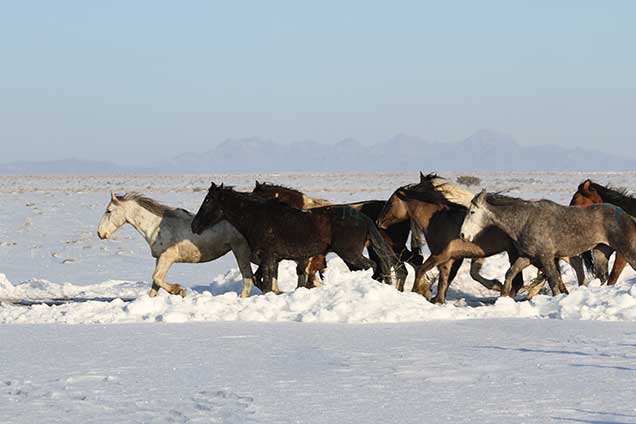 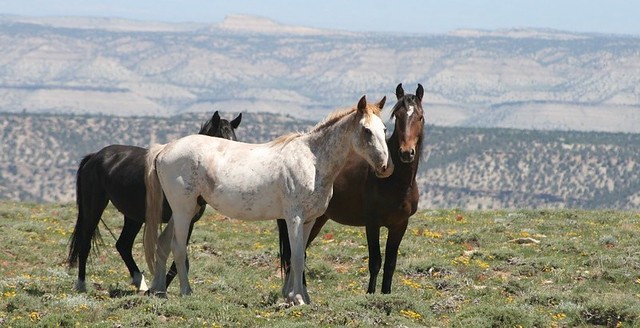