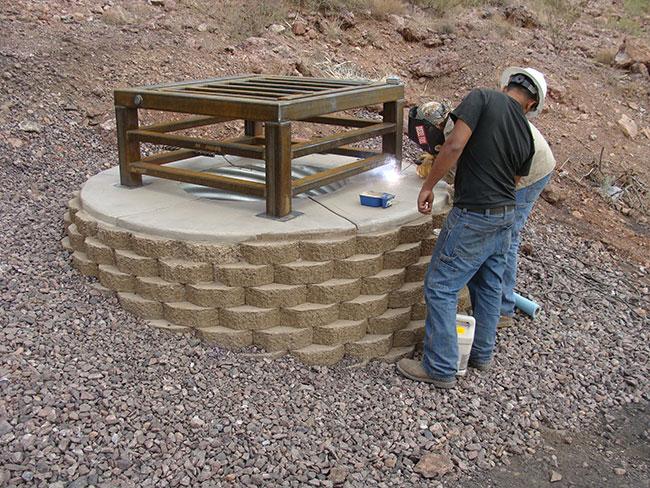 New Mexico has some of the oldest mining areas in the United States. Native Americans mined turquoise more than 500 years before the arrival of the Spanish in the early 1600s. American miners came to the Ortiz Mountains in New Mexico seeking gold in 1828, more than two decades before the California and Nevada gold rushes. Some consider this the first Western gold rush.

The requirement to reclaim a mine was not established until 1981 resulting in a legacy of unreclaimed abandoned mines across the state. The Abandoned Mine Land program was established to locate hazardous features associated with abandoned mines and safeguard them. Features that pose an environmental risk from chemical and/or radiological contamination are mitigated as well. Care is taken to protect features that are wildlife habitat and preserve archaeological sites.