From the salt flats of western Utah to the alpine slopes of the Uinta and Wasatch Mountains, Utah encompasses a huge variety of landscapes. Approximately 3,277 vascular plants are native to the state, with 340 that occur only in Utah. This high level of plant endemism (plants restricted to specific areas) is a result of the wide diversity of climatic, geologic, topographic, and hydrologic environmental conditions in the state. Many of Utah’s native plants are rare because of their limited distributions and unique habitats.

The state includes seven Omernik Level III Ecoregions – the Central Basin and Range on the western side, the Colorado Plateau on the eastern side, and the Wasatch and Uinta Mountains in the center make up most of the state. Four other Ecoregions spill over from neighboring regions around the perimeter of the state – the Northern Basin and Range dips into the northwest corner, the Mojave Basin and Range is located in the southwest corner, the Wyoming Basin touches the northeast edge, and two small islands of the Southern Rockies occur in the southeast part of the state.

Seven climatic life zones distinguished by elevation, available water, and temperature, occur within these seven ecoregions. The alpine zone is above the tree line at 10,800 to 13,528 feet elevation. It has the most precipitation with a mean annual rate of 41 inches, although most of the soil water remains frozen throughout the year. Much of this zone is barren with exposed bedrock, loose scree, or permanent snow and ice. Plant communities are a mosaic of small cushion plants, dry meadows, wet meadows, bogs, and shrub thickets. Plants tend to be low growing to survive the cold temperatures, short growing season, and gusty winds.

The subalpine zone is located at 8,900 to 11,000 feet elevation just below the tree line. The mean annual precipitation is between 31 and 40 inches. Vegetated sites that are not too steep or rocky include spruce-fir forests, stringers of scraggly, long-lived five-needle pines, aspen and lodgepole pine stands, patches of mountain big sagebrush, and subalpine meadows.

The high mountain zone occurs at 7,800 to 10,000 feet elevation with a mean annual precipitation of 32.3 inches and a cool, sub-humid climate. Vegetation is diverse and is dominated by lodgepole pine and spruce-fir forests, aspen stands, with lesser extents of big sagebrush, oak brush, and meadow communities.

The foothills of the mountains at 5,800 to 8,300 feet elevation is the upland zone. Summers are warm and winters cool with a mean annual precipitation of 19.6 inches. The topography of mostly gentle slopes and some steep, rocky areas are dominated by sagebrush steppe, pinyon-juniper woodland, and oak-mountain brush, with small inclusions of Ponderosa pine, aspen, and mixed conifer forest stands.

The last two life zones are semidesert and desert. The semidesert zone occupies 60 percent of the state in the Great Basin, Colorado Plateau, and Uinta Basin at 4,500 to 6,400 feet elevation. Mean annual precipitation is between 8 and 12 inches. The Colorado Plateau is wetter than the Great Basin because of summer monsoon storms in mid-to-late summer. The dominant plant communities are pinyon-juniper, salt desert shrub, and big sagebrush shrublands. Smaller unique components include greasewood, mat saltbush, and creosote-white bursage communities. In undisturbed sites, microphytic crusts that protect soil from eroding often occupy the spaces between scattered shrubs.

The desert zone is the lowest elevation zone at 2,050 to 5,063 feet with a mean annual precipitation of 7.5 inches. It occurs in three areas with somewhat unique plant communities. The driest areas are portions of the former Lake Bonneville in the West Desert which are dominated by sparsely vegetated playas and salt desert shrub. The Green and Colorado River drainages in the southeast also have sparse vegetation due to poor soils including sandstone slick rock and shales that create badland topography. Areas where the soils are deep enough to support vegetation are dominated by the blackbrush-Mormon tea community. The Mojave Desert in the southwest part of the state contains mesquite, Joshua tree and blackbrush, and creosote-white bursage plant communities. 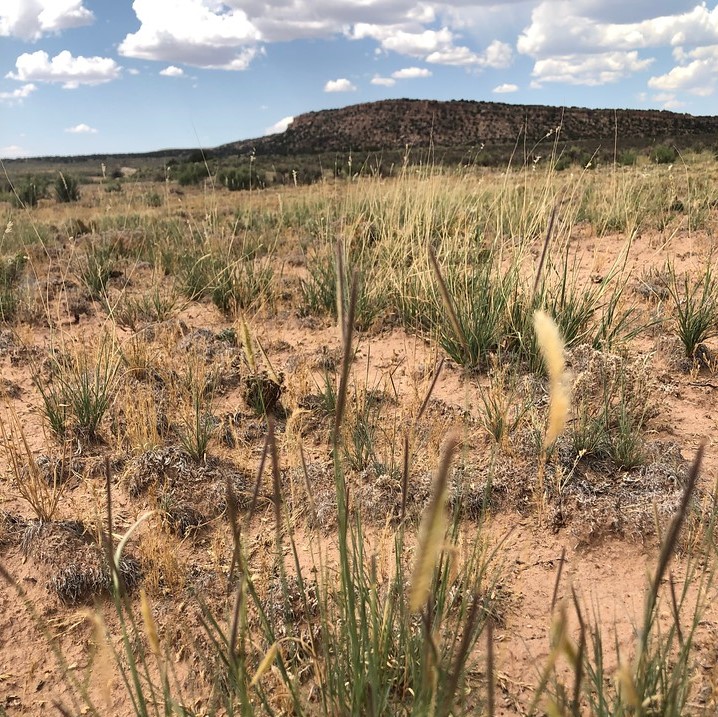 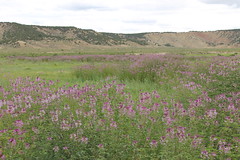