1848 - All of California’s offshore rocks and islands become part of the territory ceded to the United States after war with Mexico and, as such, become federal property.

1978 - The Bureau of Land Management (BLM) and the California Department of Fish and Game (DFG) entered into a cooperative agreement granting DFG management authority on the offshore rocks and islands withdrawn by EO 5326.

1983 - Assistant Secretary of the Interior signed Public Land Order (PLO) No. 6369 revoking EO 5326, replacing it with a 50-year lands and minerals withdrawal (except for two rocks at Crescent City known as Pelican and Round Rocks), and establishing the “California Islands Wildlife Sanctuary.”

1988 - California Fish and Game Commission established the California Offshore Rocks and Islands Ecological Reserve, covering an area from the coastline to one-half mile out.

1990 - BLM designated the California rocks and islands an “Area of Critical Environmental Concern.”

1998 - Congressman Farr introduced HR 3911 to designate “all unreserved and unappropriated ocean islands…., reefs, rocks, and islets lying within three miles off the Pacific coast of the State of California from Oregon to the Mexican border and above the mean high tides….as wilderness” to be part of the National Wilderness Preservation System.

2000 - January 11: President Clinton established the California Coastal National Monument (CCNM) to protect “all unappropriated or unreserved lands and interest in the lands owned or controlled by the United States in the form of islands, rocks, exposed reefs, and pinnacles above mean high tide within 12 nautical miles of the shoreline of the State of California.”

2004 - April 21: Assistant Secretary of the Interior (Rebecca Watson) signed Public Land Order (PLO) No. 7601 as a record clearing action revoking PLO No. 6369 (of April 19, 1983) in its entirety (including revoking the establishment of the California Islands Wildlife Sanctuary).

2008 - December 1: Save the Redwood League became a CCNM Steward.

2009 - May 14: The Sea Ranch CCNM Stewardship Task Force received BLM’s “Making a Difference” National Volunteer Award at a Department of the Interior ceremony in Washington, D.C. 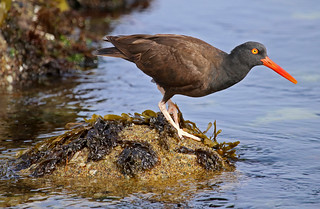