The 1959 Alaska Statehood Act, authorizes transfer of approximately 105 million acres of federal land to the State of Alaska — an amount that was deemed to be sufficient for the newly formed state to become economically self supporting. Approximately 103,350,000 acres were selected under three types of grants: Community (400,000 acres), National Forest Community (400,000 acres), and General (102,550,000 acres). Additional territorial grants, for schools, university and mental health trust lands, totaling 1.2 million acres were confirmed with statehood. The Statehood Act gave the state 25 years to select lands for entitlement. That original time period was amended through several pieces of legislation that lengthened the amount of time for the state to select lands. The state provided its selection list in December of 1993.  Except during a brief time following the passage of the Alaska National Interest Land Conservation Act of 1980, the State has been able to re-prioritize their selections at any time. 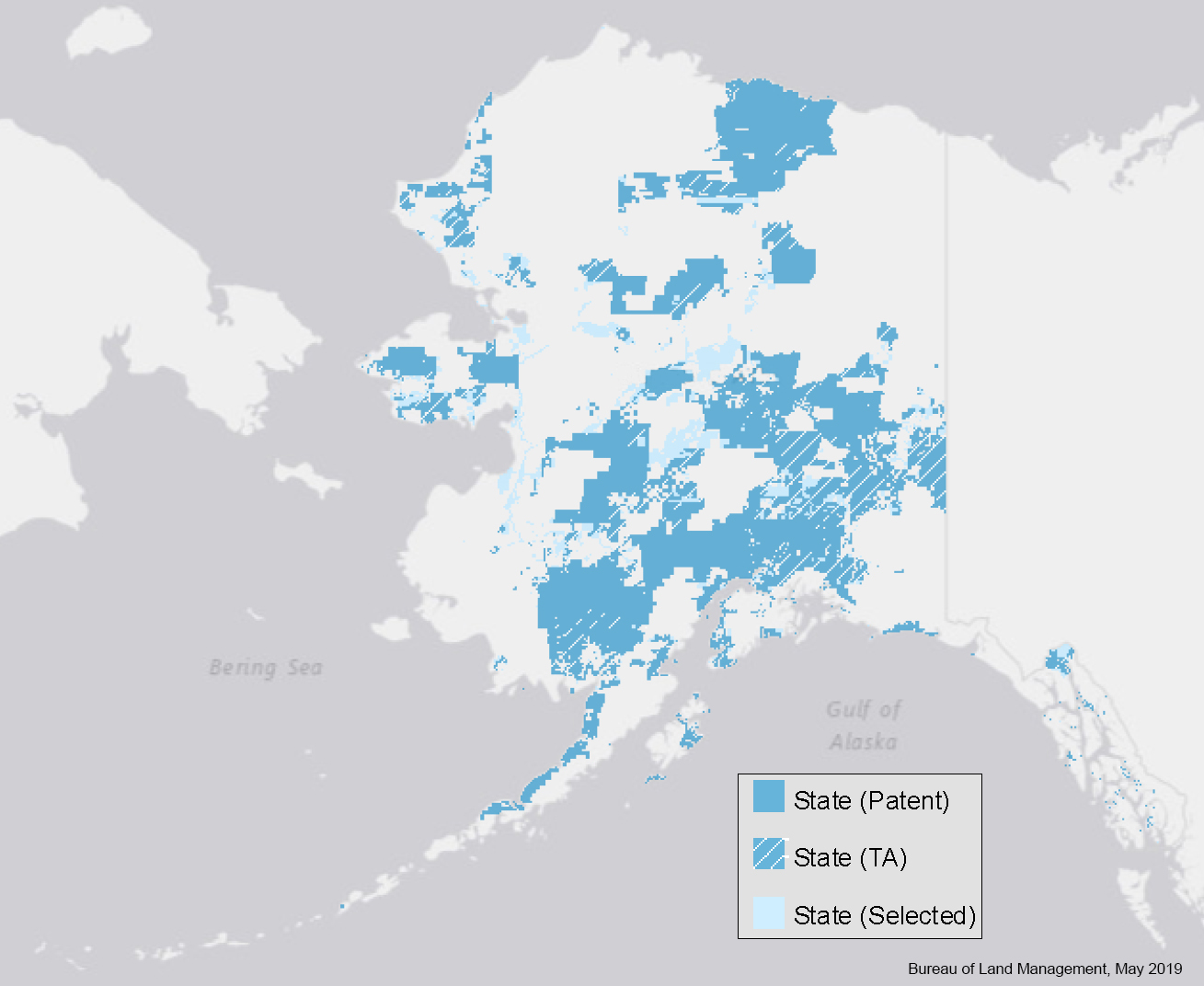