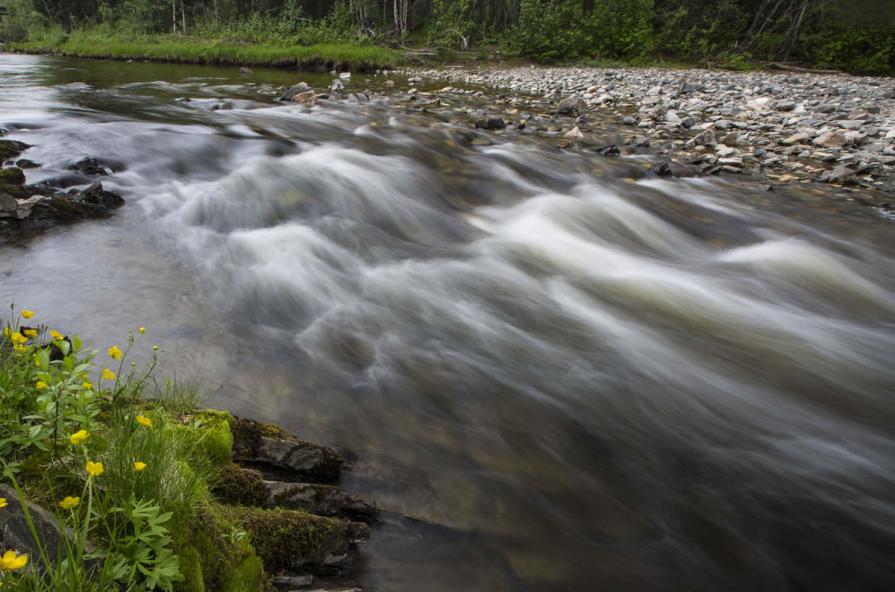 This site is intended to provide general information on recordable disclaimers of interest (RDI) and the current status of activities in Alaska.

WE ARE WORKING ON MIGRATING ALL DOCUMENTS TO THIS NEW SITE.
Some River Applications and Decisions can be found at the State of Alaska RDI web page.

Section 315 of the Federal Land Policy and Management Act (FLPMA) and the Code of Federal Regulations 43 CFR 1864 allows the Secretary of the Interior, under certain conditions, to issue a "disclaimer of interest" where the disclaimer will help remove a cloud on the title of such lands.

The objective of the disclaimer is to eliminate the necessity for court action or private legislation in those instances where the United States asserts no ownership or record interest, based on a determination by the BLM that there is a cloud on the title to the lands, attributable to the United States, and that an interest of the United States has terminated by operation of law or is otherwise invalid.

The State of Alaska is using the RDI process to help confirm the State's ownership of navigable rivers and lakes in Alaska. In all likelihood, the State will initially file RDI applications on approximately 200 rivers that it identified in 1992 when it filed notice of intent to sue for quiet title to the beds of the identified waterbodies. There are no immediate plans for BLM Alaska to systematically apply the RDI process to other State claims (e.g. R.S. 2477 rights of way claims).

A definitive federal list of navigable waters in Alaska does not exist. The State has indicated thousands of rivers, streams, and lakes are potentially navigable. The BLM in Alaska is the most experienced federal agency for making navigability determinations. Since 1978, BLM Alaska has prepared administrative navigability determinations mostly in support of land transfer actions under the Alaska Statehood Act, the Alaska Native Claims Settlement Act, and the Native Allotment Act. Before the land transfer program is completed, the BLM will have classified waters as navigable or non-navigable on over 150 million acres of land in Alaska.

Since statehood in 1959, the federal courts have determined navigability of less than a dozen unreserved rivers, streams, and lakes in Alaska . The process of litigating these actions is both expensive and time consuming to the State and Federal governments. The RDI process provides an effective and efficient tool to confirm the State's ownership of navigable waterbodies.

The State of Alaska owns nearly 30% of Alaska (~100 million acres) and by extension owns all of the submerged lands beneath the water bodies within their ownership pattern under riparian law and the Submerged Lands Act. No RDI is needed for these waterbodies.

In addition, for nearly 105 million acres for the State of Alaska and 44 million acres under ANCSA, the BLM has made hundreds of navigability determinations for water bodies where an ANCSA corporation is the upland owner and such a determination of navigability is final for the Department once it has been incorporated into an appealable decision for conveyance of the lands to an ANCSA corporation. In cases where the BLM determined a body of water is navigable in such a determination, the State has a BLM navigability decision to reference when it asserts ownership (for the purpose of the body of water affected by the conveyance action).

Currently there are no Recordable Disclaimers of Interest applications for the following regions at this time: Aleutian, Arctic, Kodiak-Shelikof Strait, Koyukuk River, Northwest, and the Yukon (River-Middle).