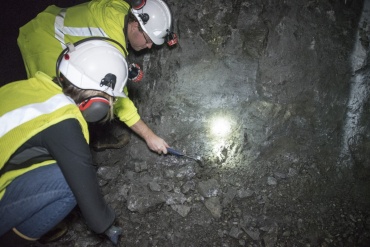 Surface lands within the jurisdiction of the BLM Eastern States are primarily acquired lands by the Federal Government and managed by other agencies. Mining claims for locatable minerals may not be staked on most of these lands, but there are scattered areas in Arkansas, Louisiana, Mississippi, and Florida where mining claims may be staked (or “located”) for hard rock minerals. Public domain lands within BLM Eastern States are not open to the location of mining claims.

All Federal minerals are within the jurisdiction of the BLM, whether they may be on public domain or acquired lands.  There is, however, one exception: the Ouachita National Forest in Arkansas is authorized to manage quartz mining by contracts under P.L.100-446 Sec.323.  For more information, please visit the Forest Service’s quartz program web page.

An example of mining in the Eastern States is the Doe Run mining complex in southeastern Missouri, which consists of several mines and Federal mineral lease and generates the largest hard rock royalty in the United States.