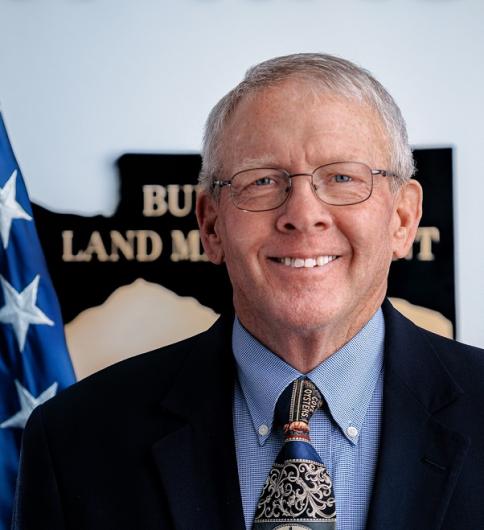 Barry Bushue became the BLM’s State Director for Oregon and Washington after working for the Oregon Farm Service Agency of the U.S. Department of Agriculture, where he served as the State Executive Director. Bushue has been a leader and advocate for natural resource communities for over 25 years. Throughout his career, he has represented the state and its farming communities, fostering collaborative relationships with numerous stakeholders. In addition, Bushue served as President of the Oregon Farm Bureau for nearly 20 years, where he advocated on behalf of the bureau’s farming and ranching members. He also served as the Vice President of the American Farm Bureau Federation, based in Washington, DC. Bushue’s family-owned farm is located east of Portland and currently operated by his wife Helen. Bushue has a Bachelor of Science degree in biology from Oregon State University.