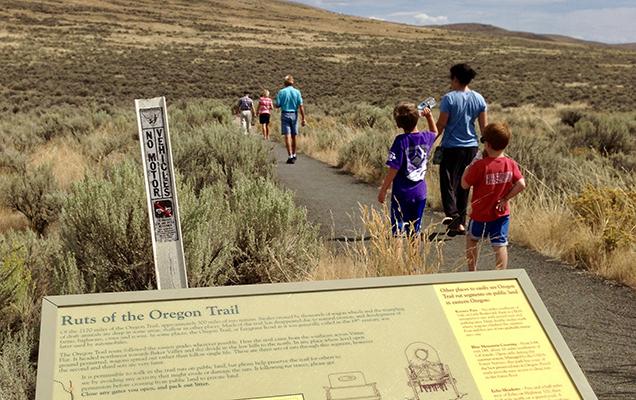 An icon of American history, the Oregon Trail marks the route of one of the nation’s largest mass migrations. According to historians, from 300,000 to 400,000 travelers used the 2,000-mile overland route to reach destinations in present-day Oregon, Washington, Utah, and California between 1840 and 1860. From sites along the Missouri River in present-day Missouri and Kansas, the trail led west through Kansas and Nebraska, crossed the Continental Divide at South Pass, and continued west to Oregon along the Snake River in eastern Idaho.

In Oregon, the trail passed through the Powder River and Grande Ronde Valleys, over the Blue Mountains, and down the Columbia River to The Dalles, where many rafted their wagons and belongings to the lower Columbia River Valley. After 1846, travelers could make their way overland on the Barlow Road from The Dalles, around Mount Hood, and directly to Oregon City on the Willamette River.

The National Historic Oregon Trail Interpretive Center in Baker City, Oregon has over 500 acres of Oregon Trail landscape, with actual ruts from the historic wagon trains, and hiking trails winding through the site.  Indoor exhibits and an outdoor reproduction wagon encampment tell the story. Visit https://www.blm.gov/learn/interpretive-centers/national-historic-oregon-trail-interpretive-center for more information about NHOTIC or call 541-523-1843 for an update on programs or events.

Other BLM-managed sites associated with the Oregon Trail include: 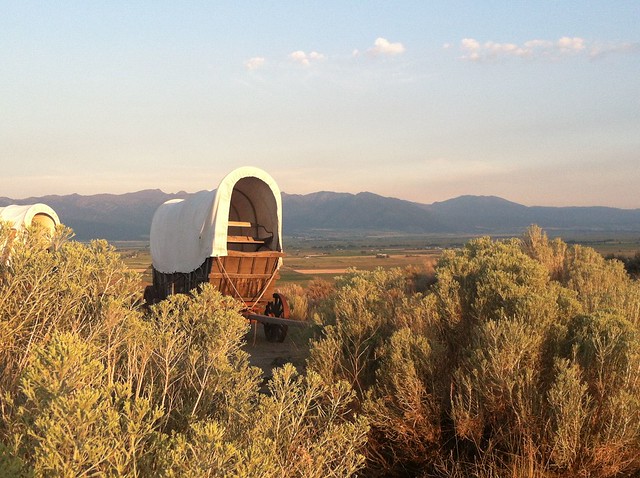