There are 16,070 acres of Bureau of Land Management (BLM) land within the Fish Creek Rim WSA; 620 acres are split-estate land. The boundaries are defined by state and private lands on the north and east, mostly by a low standard dirt road on the west, and by powerline rights-of-way adjacent to State Highway 140 on the south. East of the WSA most land ownership is private; lands west of the WSA are mostly BLM. The east boundary roughly parallels the paved county road which runs between Adel and Plush. The study area is approximately 10 miles from north to south and varies from 0.5 to 5.5 miles in width.

The primary feature of the WSA is the east-facing of Fish Creek Rim, which rises 1,500 to 2,000 feet above the Warner Valley. The area west of the rim is known as Monument Flat. This area is primarily a low sagebrush and juniper flat, sloping westward from the rim. The part of the WSA just west of the rim, in the central and north portions, contains minor broken rims tending northwest to southeast. South of this broken terrain the WSA is open, low sagebrush country. The southwest corner of the WSA contains Sweeney Canyon which drains southward into Deep Creek Canyon.

Vegetation includes dense stands of mountain mahogany, small aspen groves, scattered junipers west of the rim, and considerable juniper cover on the east face. There are a few white fir growing on and just below the rim. The gently-sloping southwestern portion of the WSA is primarily low sagebrush/grassland, dotted with western juniper.

The WSA was studied under Section 603 of the Federal Land Policy and Management Act and was included in the Oregon Wilderness Final Environmental Impact Statement (EIS) filed in February of 1990. 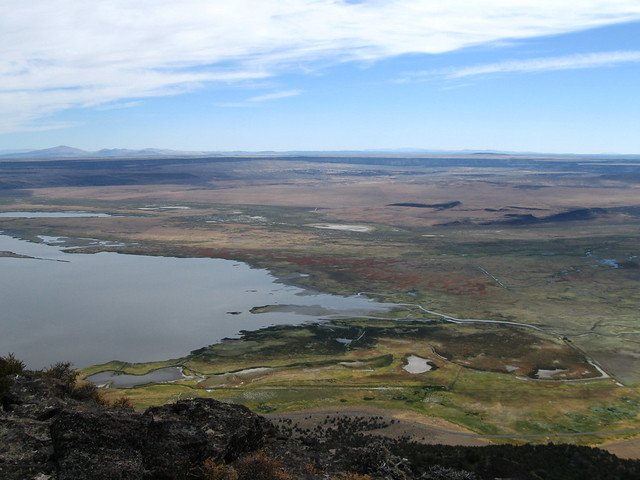 Please follow the regulations in place for this area, and use Leave No Trace techniques when visiting to ensure protection of its unique natural and experiential qualities. How to follow the seven standard Leave No Trace principles differs in different parts of the country (e.g. eastern Oregon vs. western Oregon). Visit https://lnt.org/why/7-principles/ to learn more about the principles listed below and how they apply.