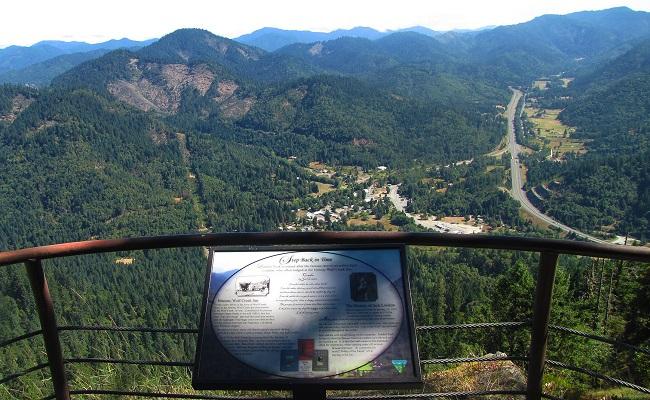 The California National Historic Trail traverses the roughly 2,000 miles between the Missouri River and destinations in California and Oregon, following the path of several hundred thousand emigrants who traveled the route from the 1840s to the 1860s in hope of establishing a new life in the American West.

The California Trail offered several paths to Oregon and California. Sharing its westerly route from Missouri to the Rocky Mountains with the Oregon Trail, sections of the California Trail diverged in Wyoming and Idaho, following a more southern route through Nevada to California and southern Oregon.

Known in Oregon as the Applegate Trail or Cut-off, the Southern Emigrant Road, and the South Road, the trail entered the state west of Lake Miller, crossed the Klamath River and Cascade Mountains, and after entering the Rogue River Valley turned north to its terminus in the Willamette Valley.

Today, the branches of the California National Historic Trail system include approximately 5,665 miles of historic routes. Of this total mileage, approximately 1,100 miles of trail still exists as trail ruts, traces and other obvious remnants. About 2,171 miles of this system crosses public lands, where most of the physical evidence that still exists today is located. More than 1,000 miles of trail ruts and traces can still be seen across 10 states on the California National Historic Trail. An estimated 320 historic sites along the trail system will eventually be available for public use and interpretation.

The California National Historic Trail, authorized by Congress in 1992, is administered by the National Park Service and managed by the Bureau of Land Management, USDA Forest Service, other federal agencies, state and local governments, and private landowners.