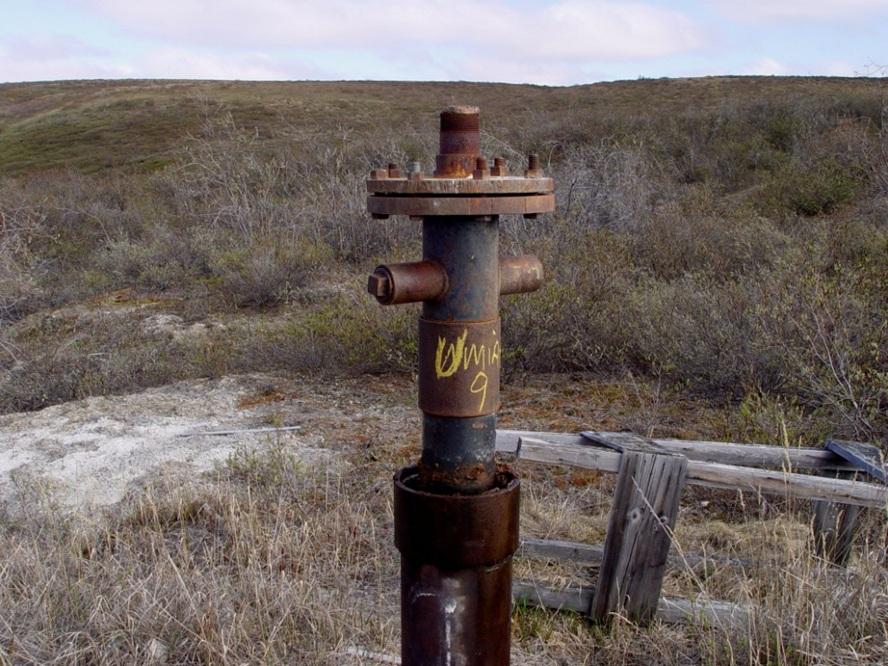 The National Petroleum Reserve in Alaska (NPR-A) is a ~23-million-acre roadless area located 200 miles north of the Arctic Circle. In the early 1900s, field geologists from the United States Geological Survey (USGS) explored the North Slope of the Brooks Range in Alaska to evaluate its mineral potential. The geologists found several oil seeps that prompted President Warren G. Harding to establish the Naval Petroleum Reserve No. 4 (NPR4) in 1923.

Legacy wells were drilled within and adjacent to the NPR-A prior to 1982, when BLM held its first lease sale. A total of 136 test holes were drilled under two distinct drilling periods, both sponsored by the U.S. Government to explore for oil and gas resources. In the first period, from 1944 to 1952, the U.S. Navy drilled 91 holes, locating eight small oil and gas fields (Fish Creek, Gubik, Meade, Simpson Peninsula, South Barrow, Square Lake, Umiat and Wolf Creek). In the second period, from 1975 to 1981, Husky Oil Corporation, working under contract for both the U.S. Navy and USGS, drilled 36 holes. The remaining 9 holes were drilled in the Barrow area between 1953 and 1974. These holes are categorized as an exploratory oil well, core test, or temperature monitoring well.

In 1982, the BLM inherited the responsibility to assess, plug, and clean up the wells that the U.S. Navy and USGS left behind.

Prior to Helium Act Funds

Between 2002 and 2015, approximately $90 million was spent on the remediation of 18 legacy wells between the BLM and the U.S. Army Corps of Engineers.

The BLM used $50 million in funding from the Helium Stewardship Act of 2013. BLM made significant progress on the plugging and abandonment of the 50 legacy wells identified as needing some level of remediation in the Strategic Plan.

BLM has used more than $100 million from several other federal funding sources to complete remediation work according to the 2020 and 2013 Strategic Plans.

Olgoonik Construction Services completed a focused site characterization of USGS well Tulageak #1, which is being threatened by coastal erosion.

Marsh Creek successfully completed the plugging and abandonment, and surface clean-up of three legacy wells in the Utqiaġvik area.

Marsh Creek successfully completed the plugging and abandonment at ten wells in the Cape Simpson area.  In addition, they removed all large surface debris.

December 4, 2015: the BLM awarded contracts to two Alaska Native-owned businesses for remediation of legacy wells in the NPR-A.  The Indefinite Delivery Indefinite Quantity contracts enable the two companies to compete for individual task orders for the efficient cleanup of priority legacy well sites.

Three wells were plugged and abandoned at Umiat and surface clean-up was conducted at three wells near Cape Simpson through an interagency agreement with the U.S. Army Corps of Engineers.