On December 4, 2017, Presidential Proclamation 9682 modified the Grand Staircase-Escalante National Monument (GSENM) reducing its size by over 860,000 acres, and by default, increasing the number of acres managed by the Kanab Field  Office (KFO). This change provided an opportunity for leadership to reevaluate how Bureau of Land Management (BLM) managed lands could best be administered in southern Utah. At the direction of executive leadership in Washington, leadership and staff from the Color Country District (of which the KFO was previously a part of), GSENM and the Utah State Office identified and developed a more efficient organization – the Paria River District, which is now comprised of the Grand Staircase-Escalante National Monument and the Kanab Field Office. 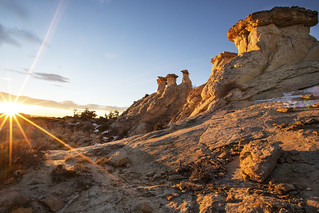