The Cerbat Horse Area (HA) is one of two wild horse HAs in Arizona. There are several popular beliefs concerning the origin of this particular herd. One theory is that the Cerbats are descendants of Spanish mustangs, introduced as early as the 1500s. A second theory is that these horses escaped from early explorers in the 1700s. Yet another belief is that the horses were abandoned by livestock ranchers in the early 1800s. Though the horses do typically show some signs of Spanish descent, their exact origin remains a matter of speculation by scientists. Regardless, this herd is protected by law. About 70 wild horses roam the Cerbat HA. The population is relatively stable. It is believed that the high density of mountain lions roaming within the HA keeps the wild horse population from growing rapidly. The body size of a Cerbat horse is usually small, with an average weight of between 750 and 800 pounds and an average height of 14 to 16 hands (56 to 64 inches). The horses are predominately bays, with numerous red, strawberry and blue roans. Other colors include gray, black, sorrel, and dun.

Location: The Cerbat Herd Area (HA) starts five miles north of Kingman in the northwestern portion of the state. The HA lies east of U.S. Highway 93 and west of Stockton Hill Road. The historic mining town of Chloride sits at the western base of the HA.

Topography/Vegetation: The most notable and definitely hard to miss feature of the region are the Cerbat Mountains, with the associated peaks, ridges and canyons. The mountains run in a general northwest to southeast direction and are flanked by Sacramento Valley to the west and Hualapai Valley to the east. At an elevation of nearly 7,000 feet, Cherum Peak is the prominent landmark within the HA and is also the heart of the wild horse use area. The climate is generally warm, dry, and windy. Because the HA varies in elevation from 3,400 feet to 7,000 feet, temperatures and rainfall also vary. The thermometer can read 105 degrees in the summer and drop to 0 degrees in the winter.

Wildlife: A number of wildlife species, some of which include desert bighorn sheep, desert mule deer, coyotes, and mountain lions, share the  herd area habitat. 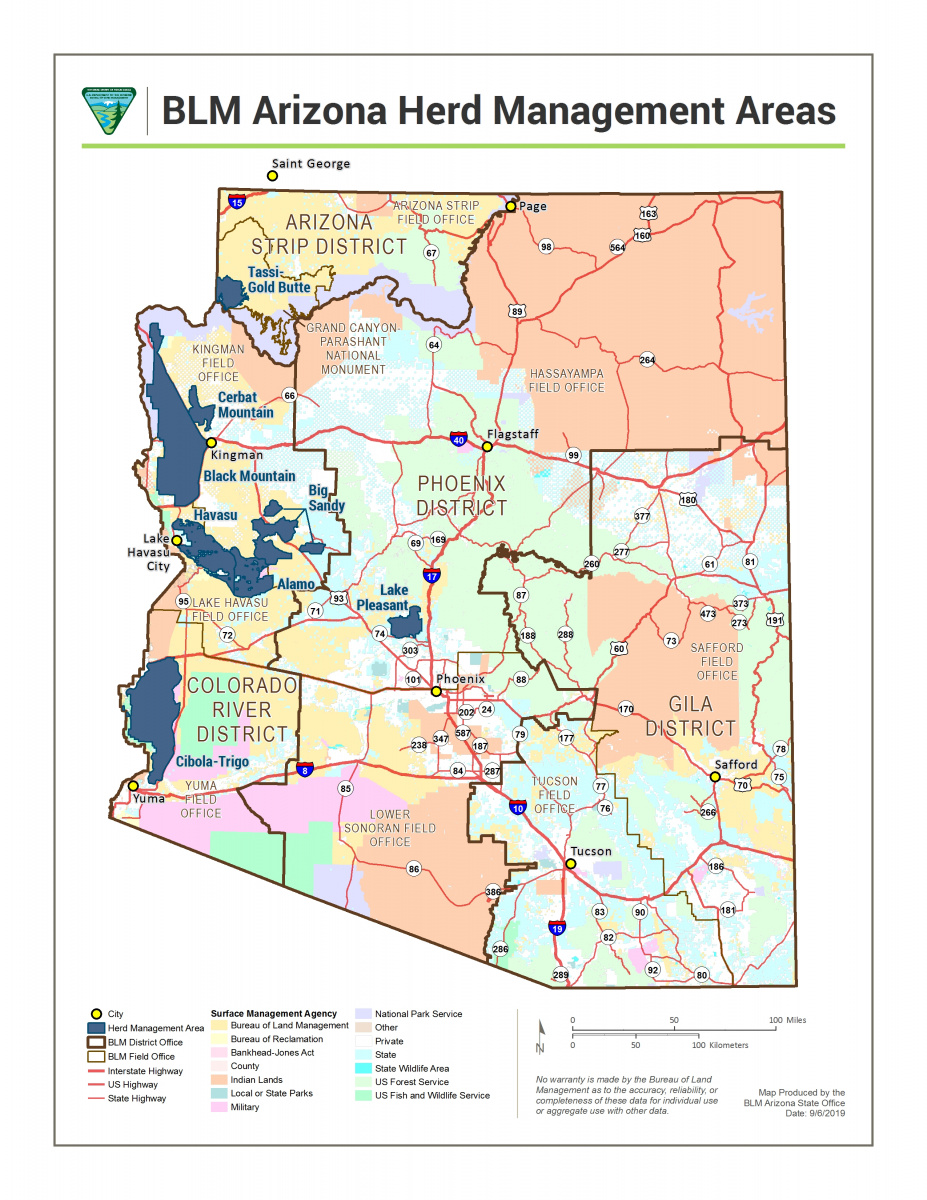