Hello and welcome to the Record of the Week! In honor of Hispanic Heritage Month, this week's record features a land patent issued to Nina Otero-Warren! Aside from her trailblazing work as a suffragist and becoming the first Hispanic woman to run for Congress, Otero-Warren was recently depicted on the U.S. quarter by the United States Mint as part of their American Women Quarters series! Click here to check out this week's Record and learn more about Nina Otero Warren! 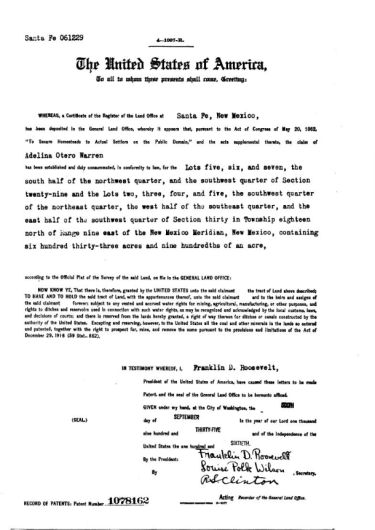