Due to construction, public room access will be unavailable beginning Monday, May 2, 2022. Please monitor our website for updates. Thank you for your patience.

Eastern States dockets records will be temporarily unavailable beginning April 18, 2022, for scheduled maintenance. Please monitor our website for updates. Thank you for your patience.

Hello and welcome to the Record of the Week! This week, the team travels to Arches National Park in Utah. The park, shaped by proclamations and laws signed by six presidents, became a national monument on April 12, 1929. It now spans more than 76,000 acres and features over 2000 natural arches, the highest density of natural arches in the world. Read more in ArcGIS Story Maps. 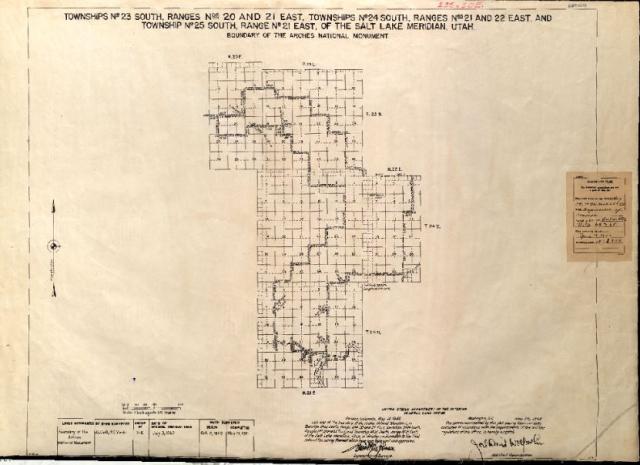 Shown above is a survey plat depicting the boundary of "The Arches National Monument" as the site was known during the 1940s when this survey was conducted.