In honor of Black History Month, we’re excited to dive into the story of William Grandstaff, an early African American rancher who spent time in the Moab area.

William Grandstaff was born into slavery in the 1830s or 1840s, likely in Virginia. He moved across the country and ended up in the Moab area in the mid- to late-1870s. Grandstaff was one of the first non-Indigenous settlers in this area, after an unsuccessful Church of Jesus Christ of Latter-day Saints pioneer settlement in the 1850s.

Grandstaff ran cattle in the canyon that is now known in his honor as Grandstaff Canyon, on public lands currently managed by the Bureau of Land Management. Due to a year-round stream, the canyon was well suited for cattle grazing. However, the surrounding area is very hot in the summer and the pioneers found it a difficult place to live. Grandstaff was successfully able to ranch and live in the area others previously found inhospitable. He exemplified the western spirit of surviving and thriving despite extreme conditions.

After conflicts with other settlers, in 1881, he fled Moab to spend the rest of his life in Colorado, where researchers have found evidence of his mining claims, employment, and land ownership. While his time in Moab was short, his memory and contributions live on through those who visit these places and learn about his legacy as one of the first non-native settlers who made their home in these desert lands. 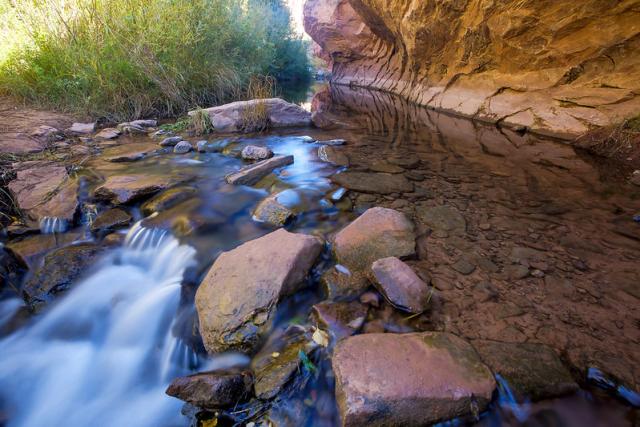 Today, the BLM manages a campground, trail, and wilderness study area, all named after William Grandstaff. In the past, these areas were known as Negro Bill Canyon. There has been debate about the best way to honor his legacy, and ultimately the campground and trail were renamed to respectfully refer to him, while still recognizing his heritage in interpretative materials. Visitors who choose to hike on Grandstaff Trail are welcomed with shade, opportunities to stop and enjoy the stream, beautiful views, and information about Grandstaff on an interpretive display. If hikers make it all the way to the end of Grandstaff Trail, they’ll find Morning Glory Bridge and many more remarkable views. 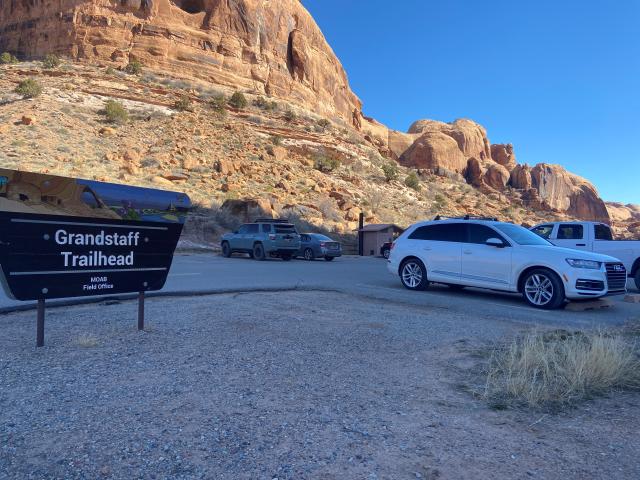