Persons exempted from this order:
Any federal, state, local and/or military employee acting within the scope of their duties; members of any organized rescue or firefighting force performing official duty; and persons, agencies, municipalities, or companies with a written permit that specifically authorizes the otherwise prohibited act. All other fire restrictions, or necessary exemptions to these restrictions, will be handled through local permits issued at the district level. An exemption does not absolve an individual or organization from liability or responsibility for any fire started by an exempted activity.

Penalties for violating this order:
Any person who knowingly and willfully violates the regulations at 43 C.F.R. § 9212.1 shall, upon conviction, be subject to a fine of not more than $1,000 or imprisonment of not more than 12 months, or both, in accordance with 43 C.F.R. § 9212.4. In addition, such persons will be liable to the United States for damages through either an administrative process or in United States federal court. 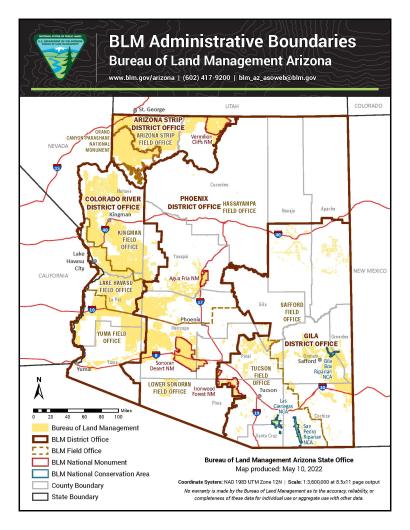 Do NOT call dispatch offices for fire information.