The Bureau of Land Management (BLM) is responsible for fire management on 12.2 million acres of  BLM public lands across Arizona and fire protection on a total of 14.6 million acres as a result of  protection agreements with Bureau of Indian Affairs (BIA), Bureau of Reclamation (BOR), and Department of Defense (DOD). The agency’s professional fire management staff provides wildland firefighting for protection of natural resources, as well as using fire as a tool to improve the health of the land. Naturally ignited wildland fires are utilized, as appropriate, to accomplish resource and healthy lands objectives for specific areas, as identified in land management plans.

In fire and aviation management, the number one priority for BLM Arizona is firefighter and public safety. As a cooperator with other federal, state, and local agencies and firefighting departments, the BLM assists its partners in wildland 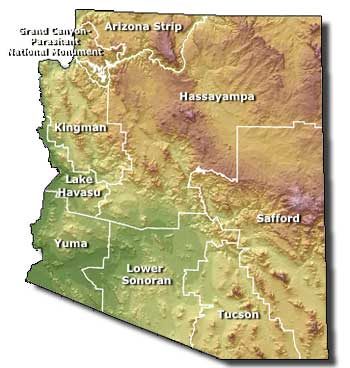 firefighting and all-hazard incidents such as earthquakes, floods, and hurricanes.

Each fire zone provides initial attack and extended attack through dispatch offices which are run by an interagency staff of professionals. Each district is supported by fire and aviation management program staff at the state office, and has staff responsible for each fire program component.

Each district fire zone is supported by an interagency dispatch center, airtanker base, as well as other established aviation facilities. There Arizona program supports 2 helitack modules; Weaver Mountain, based in the Phoenix District, and Moki, on the Arizona Strip District. Single-engine airtankers are supported by a year-round base in Safford, hosted by the Gila District, and a seasonal base in Kingman, hosted by the Colorado River District. 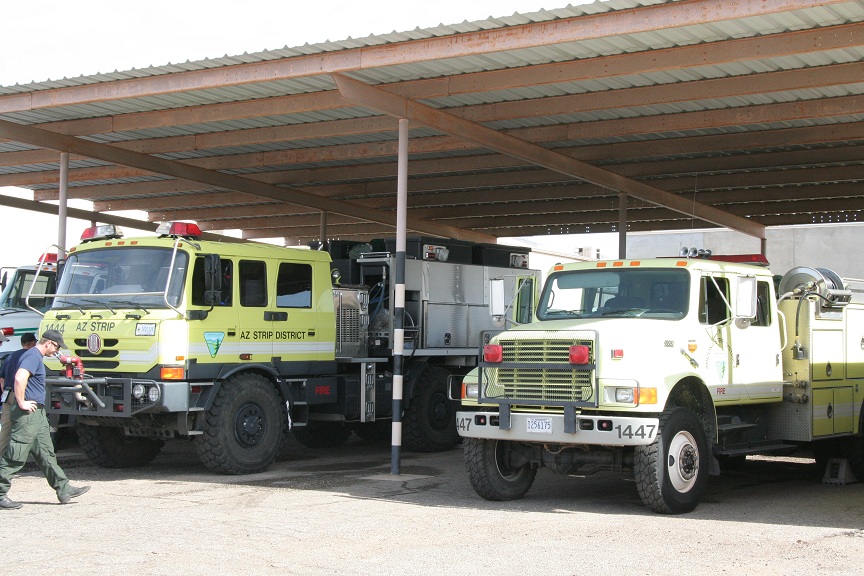 More than 2.7 million acres of BLM-administered public lands lie within the area known as the “Arizona Strip,” located in the northern portions of Coconino and Mohave counties, north and west of the Colorado River. The Arizona Strip District Fire Management Program is an interagency effort between the BLM and the Dixie National Forest in Utah.

There is a broad range of resource issues involving fire within this region, including:

The fire season on the Arizona Strip usually runs from May through early October, with the number of fires peaking in June and July.  Lightning is the most common cause of fires, accounting for about 81 percent of all fires burning 96 percent of the total acres. Nearly 90 percent of these fires burn less than 10 acres, and less than two percent consumed more than 1,000 acres.

The Arizona Strip District is home to the Moki Interagency Helitack Crew. 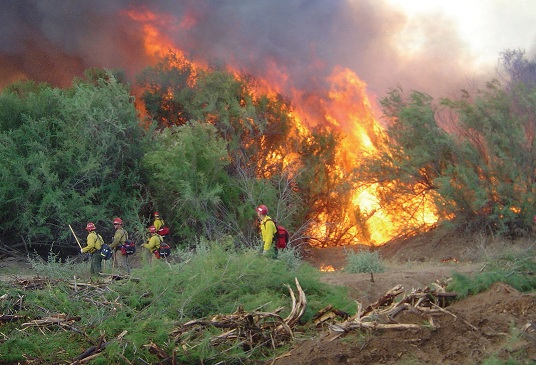 The vegetation in this management unit is dominated by desert shrubs, trees, and cacti. Deep upland sites have overstories of mesquite, palo verde, and ironwood, with understories of perennial and annual grasses and forbs. In the higher elevation of the Hualapai Mountains, pinyon and ponderosa pines dominate the landscape, while the Colorado River corridor is comprised of salt cedar, willows, cottonwoods, and other riparian vegetation.

About 98 percent of fires in this zone are human caused and generally occur between February and October. Most of these fires occur near main travel corridors and rivers. The 20-year annual average for all fire causes equates to 36 fires per year, burning an average of 3,000 acres per year. 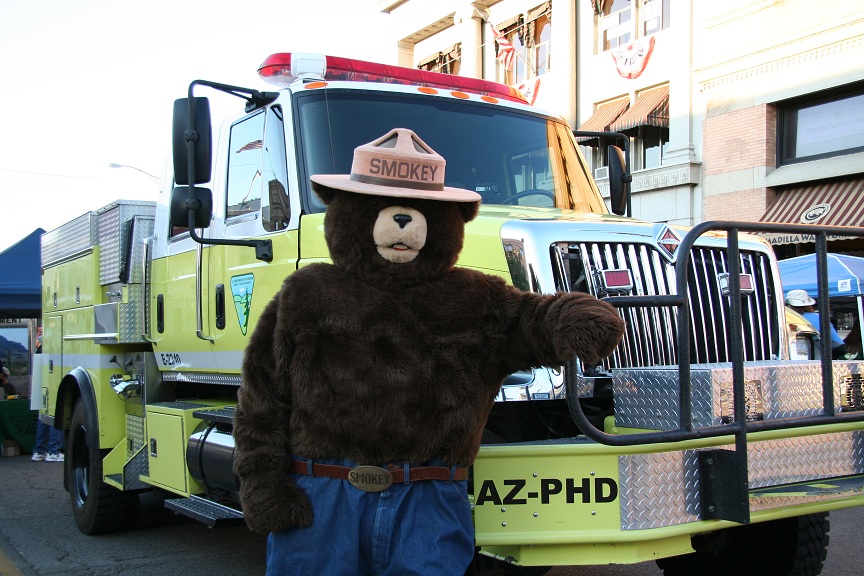 The Phoenix District Fire Management Zone is administered by the BLM’s Hassayampa and Lower Sonoran field offices. The zone’s fire program is responsible for the protection of nearly 2.4 million acres of BLM public lands and an additional 1.1 million acres within the Barry M. Goldwater Air Force Training Range.

There are many fuel types within this region, including the Sonoran Desert ecosystem, grasslands, desert oak/chaparral with intermixed manzanita, desert shrub and ponderosa pine. Fire season usually begins in mid-March and ends in early September, with an annual average of 61 wildfires, burning an average of 9,000 acres of BLM public lands each year.

The Phoenix District is home to the Weaver Mountain Helitack Crew. 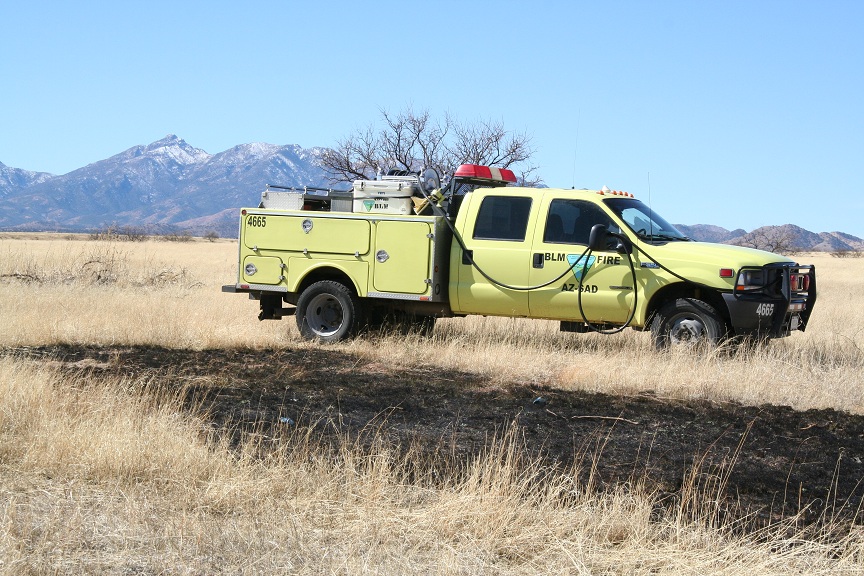 The zone sees an average of 27 fires each year on BLM public lands, with about 3,000 acres consumed per year. A typical fire season runs March through September.  Lightning strikes cause 60 percent of the fires that occur within the zone.

The Gila District Fire Management Zone is home to the Aravaipa Veterans Hotshot Crew. Their offices are located within the U.S. Army's Fort Huachuca, and the crew is comprised predominantly of military veterans. They achieved Interagency Hotshot Crew (IHC) certification in the fall of 2019.

DO NOT call Dispatch Centers for Fire Information. The following are resources for fire information:

The use of exploding targets, fireworks, tracer ammunition and other incendiary devices are prohibited year-round on BLM managed public land.

DO NOT CONTACT FIRE DISPATCH CENTERS FOR FIRE INFORMATION