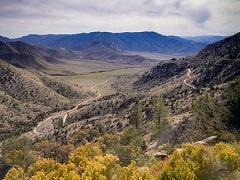 BAKERSFIELD, Calif. – The Bureau of Land Management, in close coordination with the Sequoia National Forest and Giant Sequoia National Monument, will issue seasonal fire restrictions for public lands managed by the Bakersfield Field Office effective Friday, May 21, due to dry conditions and high wildland fire danger. These seasonal restrictions are in addition to the year-round statewide fire prevention order, issued on April 28, 2020. This seasonal fire order will remain in effect until further notice.

The additional restrictions include no campfires, barbecues, or open fires, in or outside of developed campgrounds. Portable stoves with gas, jelled petroleum, or pressurized liquid fuel are allowed with a valid California campfire permit available free at all BLM, U.S. Forest Service and Cal Fire offices, or at www.readyforwildfire.org/prevent-wildfire/campfire-safety/.

On average, human-caused wildfires make up 95 percent of all wildfires in California. Many of these wildfires occur close in proximity to roadways, communities and recreational areas, posing considerable threat to public safety. In 2020, approximately 275 wildland fires burned nearly 200,000 acres of BLM-managed public lands in California. Taking individual responsibility to reduce wildfire risk while recreating on public lands, around homes and communities, before a fire occurs can help keep property, the public, and firefighters safe.

The following restrictions will remain in place until fire dangers subside:

To learn how you can do your part to prevent wildland fires visit www.readyforwildfire.org. A listing of fire restrictions throughout BLM California is available at https://go.usa.gov/xmUEG. For specific questions, please contact the Bakersfield Field Office at 661-391-6000.