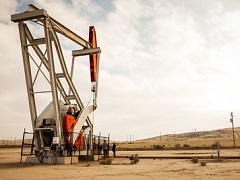 The 2014 Bakersfield RMP and Record of Decision determined areas available for oil and gas development on approximately 1.2 million acres of Federal minerals, which includes roughly 400,000 surface acres of BLM-managed public land. Approximately one million acres are available to oil and gas leasing with stipulations that would be applied to protect resources. No new stipulations have been identified. No new leases are issued, and no permits to drill are approved with the finalization of this analysis. If proposed, new leases and/or requests for permits to drill and their potential impacts would be addressed at the site or project-specific level in a subsequent tiered environmental analysis.

The BLM incorporated into the Final Supplemental EIS the results of independent, comprehensive, peer-reviewed studies done by the California Council on Science and Technology and Lawrence Berkeley National Laboratory on hydraulic fracturing and well stimulation in California, as well as the Kern County Planning and Natural Resources Department’s Environmental Impact Report on oil and gas permitting.

The Final Supplemental EIS for the Bakersfield RMP responds to a May 2017, court order to prepare additional environmental analysis of the potential impacts of hydraulic fracturing. In settlement of the litigation, the BLM agreed to not hold any new oil and gas lease sales within the Bakersfield Field Office decision area until the final analysis is completed and a decision is issued. The Record of Decision is anticipated to be released in fall 2019.

The BLM held three public meetings and received approximately 16,000 comments, of which 118 comments were unique and substantive, during the Draft Supplemental EIS 45-day public comment period from April to June 2019.

Oil and gas development on BLM-managed public lands within the Bakersfield Field Office planning area generate approximately 3,500 jobs and more than $200 million in economic benefit annually. The BLM collects a 12.5% royalty on every barrel of oil and gas produced on Federal minerals, which ranges between $65-90 million per year. The BLM shares with California roughly 50% of oil and gas royalties collected with the remaining 50% in oil and gas royalties being paid to the Treasury. Public lands in California contribute to less than 10% of the total oil and gas activity in the state.

No decisions made by this analysis will affect valid existing rights or the authority of private landowners or other surface management agencies. More information is available on the project website: https://go.usa.gov/xE3Nw.

Download a photo of an oil derrick. (Jesse Pluim/BLM)