Dayton, Nevada, like many towns in Nevada, began as a mining town. Sitting about 10 miles east of Carson City, the capital of Nevada, Dayton now boasts a population of about 9,000. Dayton is situated at the end of the "Twenty-Six Mile Desert," thus the location was a repose for travelers who found water at the Carson River. In 1849, Abner Blackburn discovered gold (believed to be the first gold discovery in Nevada) in the nearby Gold Creek, and within a year settlers began making their way to find their fortune. Read more on ArcGIS Story Maps. 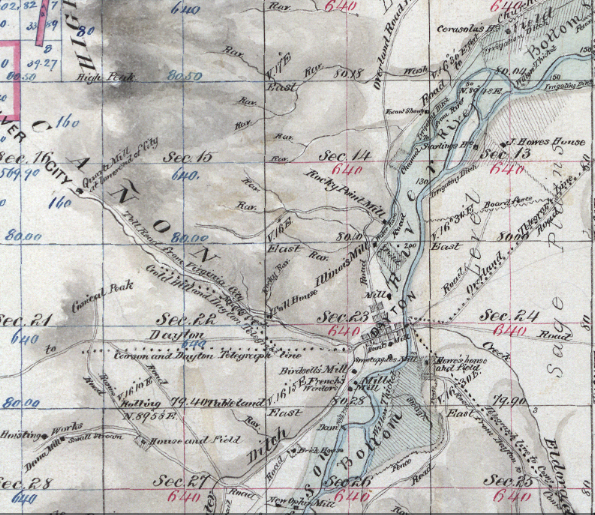 Dayton, Nevada, is shown on this survey plat of Township 16 North, Range 21 East, of the Mount Diablo Principal Meridian.