The Flight of the Nez Perce

This week's story map features the Nez Perce War of 1877. This was an armed conflict between the US Army and the several bands of the Nez Perce or Nimiipuu Tribe of Native Americans. The conflict arose when the United States altered a previously agreed upon treaty by reducing the area of the established Nez Perce Reservation by approximately 90%. The new treaty was known to the Nez Perce as the "Thief Treaty." The conflict is also known as the Nez Perce Flight of 1877, as the objective of the Nez Perce combatants was to ultimately find a new place outside the forced reservation boundaries to settle. Read more on ArcGIS Story Maps. 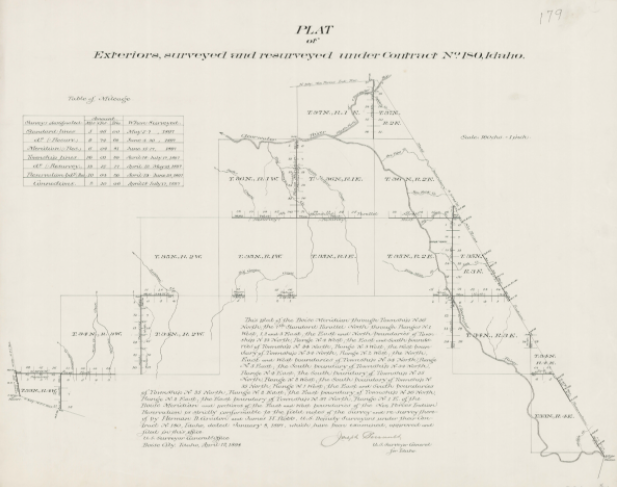 This week's record features a plat approved April 12, 1898 which displays the exterior boundary surveys for several townships within the new boundaries and portions of the boundary lines for the reservation itself.