This week's Record of the Week brings us to Thunder Bay, Michigan. Thunder Bay in Lake Huron is famous for being in one of the most dangerous locations for sailors, and earned the nickname "Shipwreck Alley."

Township 31 North Range 8 East of the Michigan Meridian was approved by Surveyor General Ezekiel S. Haines on February 12, 1841. As the story goes, Haines contracted four deputy surveyors to survey areas of Alpena and Cheboygan counties as well as Presque Isle. The surveyors departed Detroit in the spring once waters were navigable, and traveled by steamship to Presque Isle just north of this survey. Read more on ArcGIS Story Maps. 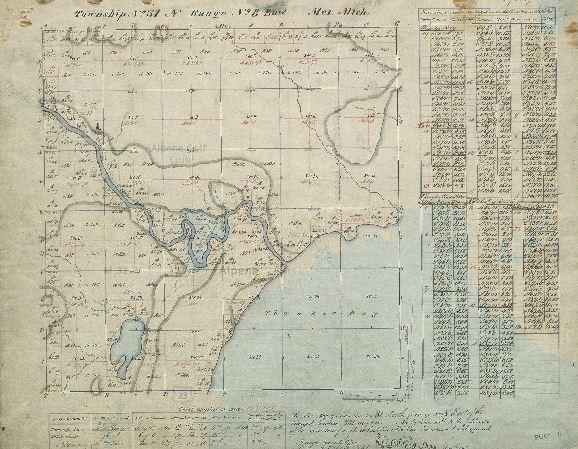