A cry in the wilderness: Montana BLM rangers help search for lost infant 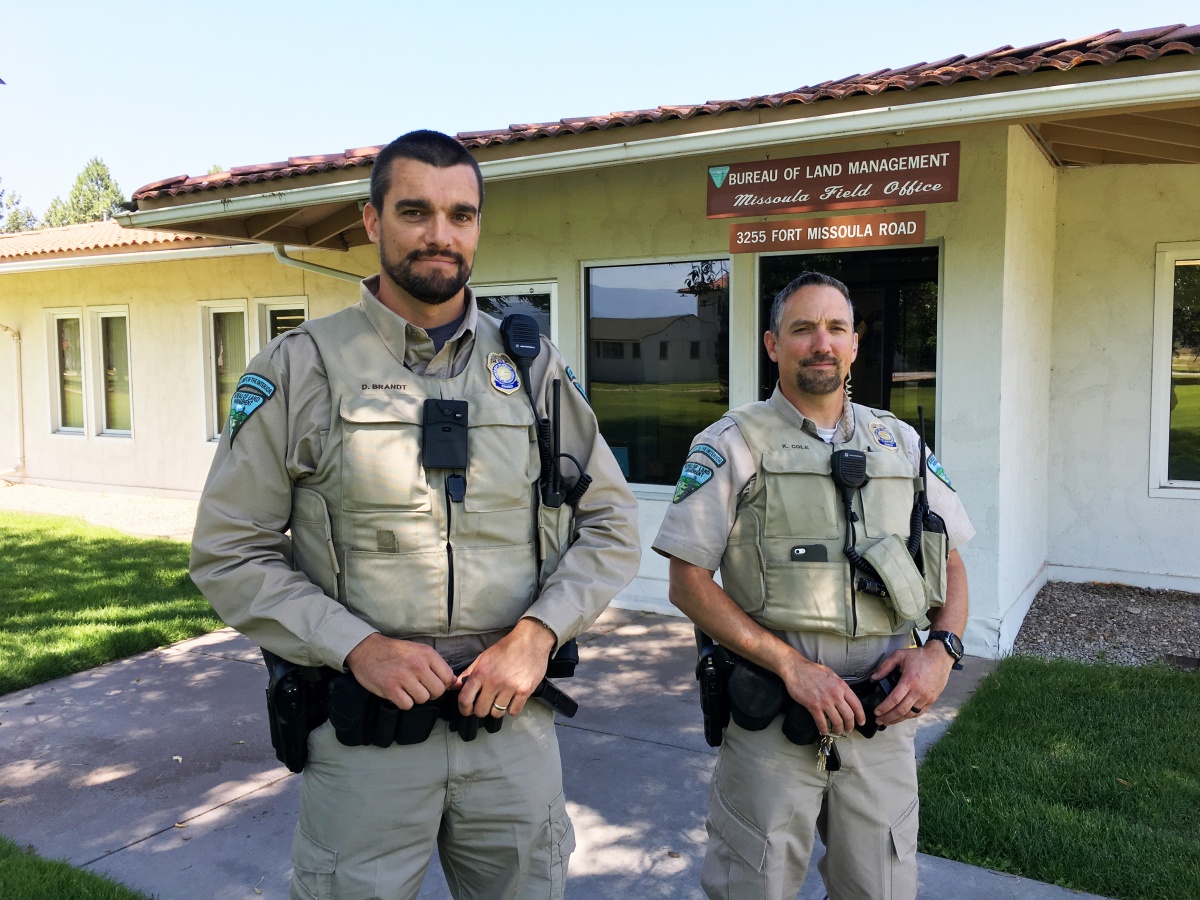 The search team faced nearly impossible odds that chilly night: find a baby, no bigger than a football, abandoned in a dense Montana forest the size of 600,000 football fields.

For two Bureau of Land Management law enforcement rangers looking for the infant who’d been left for dead in the woods by a troubled man hours earlier, it would be a long night full of hope, despair, prayers, and a made-for-television miracle.

“It was like looking for a needle in a haystack,” said Dennis Brandt, a ranger in training at the BLM Missoula Field Office at the time. He and the field office’s permanent ranger, Kelly Cole, joined several others who spent more than six hours searching for the tiny human needle in a vast forest choked with thick underbrush.

When they got the call for help from the Missoula County Sheriff’s Office, Cole said, “It was not a question of if, but how fast we could get out there. Dennis and I are both fathers and we took this personally.”

The search began at about 8 p.m. July 6, after 911 calls came pouring in to the sheriff’s office about a man who was “acting strange” in the Lolo Hot Springs area 35 miles south of Missoula. Callers said the man, later identified as 32-year-old Francis Crowley, was threatening people and reaching into his pockets, claiming to have a gun.

The man also said he’d left a 5-month-old baby under his care in the woods. Maybe.

According to court documents filed in Missoula County, officers at the scene quickly determined Crowley was under the influence of dangerous drugs, a hallucinogenic cocktail of methamphetamine and bath salts. Crowley allegedly said the baby’s mother, an employee at the hot springs, had left him in his care that morning. After crashing his car in a remote location, he said he started walking out with the baby in his arms but then set him down because, according to court documents, the baby had gotten too heavy to carry. Crowley didn’t reveal the exact location where he’d buried the infant boy alive in a shallow grave, simply saying he was “somewhere in the mountains.”

None of it made much sense to the search team. “We had zero information to go on and it was getting dark,” Cole said. “There was also the possibility that Crowley was making the whole thing up.”

A sheriff’s department deputy broke the area down into map grids and started assigning roads to searchers to look for the vehicle Crowley said he’d been driving that morning when he crashed into a tree.

“We really didn't even have a direction from the Hot Springs,” said Capt. William Burt with the Missoula County Sheriff’s Office. “All we knew is that we had to find the car and could begin a more refined search from that location. The car could have been on any number of open roads—and there are many—that lead to and from the Hot Springs.”

As Brandt and Cole started cruising through the woods, the scope of the search quickly became apparent.

“Lolo Hot Springs is completely surrounded by Forest Service land,” Cole said. “There are roads everywhere.” To compound the difficulties, there’s no cellphone service in the area and radio reception is sketchy at best.

Over the course of the next several hours, the search team grew to include personnel from Missoula County Search and Rescue, the U.S. Forest Service, the Montana Highway Patrol, and Missoula County deputies. In the end, Burt said, searchers covered more than 1,000 acres before the night was through.

The BLM rangers zig-zagged back and forth between the hot springs, a makeshift campsite of Crowley’s near the hot springs, and a spiderwebbed network of roads, most of which eventually petered out into game trails. Little by little, they were getting a clearer picture of Crowley’s actions that day, but they still didn’t have a clue where the baby could be…or if it was even still alive.

“We all hoped the baby was okay,” Brandt said, “but we were preparing ourselves to find a dead body.”

Around 1 a.m., the BLM rangers returned to the hot springs campground and learned that Crowley’s car had been discovered where it had swerved off a seldom-used road, punched through a wall of thick vegetation and down a steep hill, strewing a trail of clothes, baby formula, and toys across the crushed underbrush. There was a car seat, but no baby.

Cole and Brandt, along with a highway patrol trooper and a sheriff’s office captain, raced to the crash site, which was now ground zero for the search.

At the bottom of the slope, they could see the bobbing flashlight beams from two other searchers: Ross Jessop, with the sheriff’s department, and Nick Scholz, a law enforcement officer with the Lolo National Forest.

“Suddenly, a call goes out for radio silence because Ross thought he heard something and wanted everyone to be quiet so he could hear better,” Cole said.

They switched off their radios and stood as still as they could.

Jessop and Scholz later told The Missoulian newspaper they caught a faint whimper as they were searching near the game trail. Jessop hurried to where he thought he’d heard the sound. Then he took a step and heard a stick crack. Another cry rose like a thin wisp of vapor from the ground beneath his boot.

The search was over.

The child lay face-down under a pile of sticks and branches a foot or so high “like you build a fire with,” Jessop told The Missoulian. The baby was wearing nothing but a wet and soiled onesie outfit.

“Finding the car was a miracle. Finding the baby was something far beyond that,” Burt said.

The infant was treated for cuts, bruises, and dehydration. He was released from the hospital four days after being found and is now in protective custody while the case is being handled by the Montna Department of Public Health and Human Services. Crowley has been charged with one felony count of assault on a minor under 36 months and a felony count of criminal endangerment.

For the BLM rangers, it was a night they won’t soon forget.

“How that baby survived out there in bear country in the cold, breathing in dirt and sticks, for all those hours is beyond me,” Brandt said, shaking his head. “But I’ll tell you, there wasn’t one of us out there in those woods that night who wasn’t praying.”