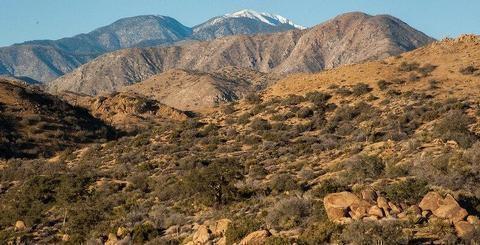 This wilderness is part of the eastern slope of the San Bernardino Mountains with topography rapidly changing from low, rolling foothills and canyons to steep, rugged mountains. Elevations range from 2,300 to 5,500 feet. Because of this elevation gradient, the wilderness reflects a unique transition between desert, coastal and mountain environments, including the different types of vegetation representative of each elevation.

San Gorgonio Mountain was originally known as "Old Grayback" by locals until officially designated by the US Geological Survey (from the Spanish heritage) on the original topographical map of the area produced in 1899. At 11,502 feet, it is the highest peak in California south of the Sierras. The San Gorgonio Wilderness derived its name from this peak within its boundaries. The Wilderness is located in the southeast portion of the San Bernardino Mountains on lands administered by the San Bernardino National Forest and the Bureau of Land Management. 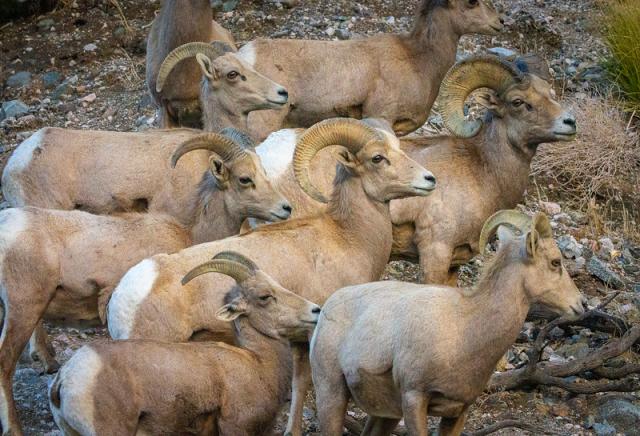 Most of the Wilderness is above the 7,000 foot level. Two rivers (which would be called creeks anywhere but in Southern California), the Santa Ana and the White, flow out of the Wilderness. The numerous streams in the Wilderness Area do not always flow in late summer, and locating water can be difficult. Two small lakes, several meadows, and large, heavily forested areas provide a beautiful sub-alpine oasis in the dry lands that surround the mountain range.

The isolated environment contains many threatened and endangered plant and animal species, as well as bear, deer, mountain lions and bighorn sheep. The summit of the 10,624-foot San Bernardino Peak provided the initial point in 1852 from which all of Southern California was surveyed. There are over 20 miles of the Pacific Crest National Scenic Trail in the BLM portion and 81 miles of trails in the National Forest portion of the Wilderness.