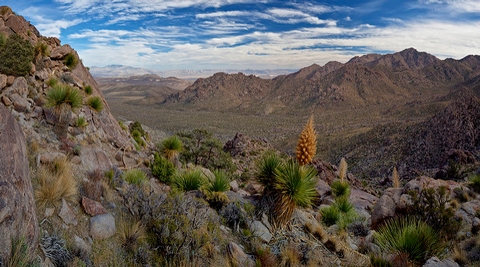 Kingston Range Wilderness is approximately 15 miles northeast of Baker, California. Except for its northernmost tip (Inyo County), this wilderness is in northern San Bernardino County, California. It is located 8 miles north of I-15 and 9 miles east of Highway 127. Maps of the area can be obtained from the Bureau of Land Management Field Offices in Needles and Barstow, California.