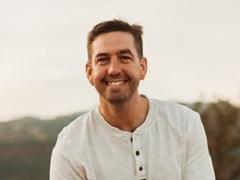 Tim Gilloon joined the Bureau of Land Management Palm Springs-South Coast Field Office as the new field manager located in Palm Springs, Calif.  Drawing on his years of combined experience from federal civil service, private industry, and the military, Tim is well prepared to take on his newest challenge as a BLM field manager responsible for more than 1.7 million acres of public lands within portions of Los Angeles, Orange, Riverside, San Bernardino, and San Diego counties.

“Tim is a great addition to the BLM team and will be responsible for managing a variety of program areas and resources both within the California Desert Conservation Area and California’s South Coast area,” said California Desert District Manager, Andrew Archuleta. “We are excited to have Tim lead the Palm Springs-South Coast Field Office.”

Tim joined the BLM from the U.S. Forest Service, where he worked on a wide variety of issues as a National Environmental Policy Act program manager and a physical resources staff officer. During his time with USFS, Tim was responsible for multiple programs in a complex and challenging area of the country. The knowledge and experience he gained will benefit the BLM's mission, and the lands and public they serve.

Tim also brings private industry experience with him to the BLM. He worked in commercial property management in Arizona and California and as an environmental contractor at dozens of military facilities across the southwest. Tim earned a Bachelor’s degree in Interdisciplinary Studies and a Master's degree in Urban and Environmental Planning, both from Arizona State University.

In addition to federal civil service and private experience, Tim also has over 17 years of military service with the U.S. Army. He began his military career as a Special Forces engineer sergeant where he deployed twice and conducted a variety of missions. Tim transitioned to the Army Reserve after active duty and held pivotal roles as a senior non-commissioned officer in planning and operations, where he was successful in designing and facilitating training exercises for thousands of military personnel, most often out of Fort Hunter-Liggett, Calif. He was commissioned as an officer in the Arizona Army National Guard after 16 years as an enlisted member and is currently a second lieutenant serving as a Civil Affairs team leader with the Army Reserve in Colorado.

Tim has lived across the country from Hawaii to North Carolina and several places in-between. He is high-energy, committed to teamwork, and encourages a good work-life balance for his team. He enjoys vacationing with his wife and three daughters across the southwest, from the sand to the snow; their favorite activities include camping, country music festivals, and ocean cruises.