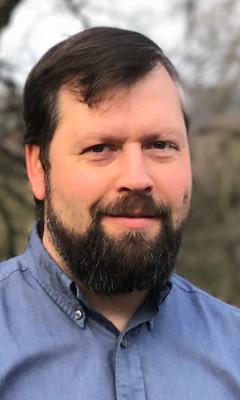 “Since moving to northern California in 2010, Dereck has worked in environments ranging from the Great Basin to the North Coast redwoods, leading teams managing these resources for the benefit of all Americans,” said BLM California State Director Karen Mouritsen.  “He is a valued leader in Northern California, and now he is an important member of our statewide leadership team.”

Wilson has been the associate district manager for the BLM’s Northern California District since 2014. Prior to that, he was a supervisory rangeland management specialist and associate field manager for the agency’s Eagle Lake Field Office in Susanville, Calif. Wilson has also worked in BLM field offices in Utah and Colorado. He holds a Bachelor of Science degree in rangeland management from Eastern Oregon University in La Grande.

As district manager, Wilson will oversee BLM field offices in Arcata, Alturas, Susanville and Redding, and a field station in Cedarville. The district encompasses about three million acres of public lands stretching from the high desert of far northwest Nevada to the forests along the Pacific Coast, and from the Oregon border south into Mendocino County.

“I love living and working in Northern California,” Wilson said. “I am looking forward to continuing our close relationships with our partners and communities and supporting our field managers and their staffs as stewards of the public lands.”

Wilson succeeds Alan Bittner, who has moved to a new position with the BLM in Colorado.

Wilson and his wife, Sara, reside in Redding with their three children. They are outdoor enthusiasts, enjoying hunting, hiking, bicycling, backpacking, boating and skiing on public lands and waters.