Go to My Public Lands Tumblr to learn more about Pentaceratops Ops.

A proposed Department of Interior regulation has been released to guide implementation of the Paleontological Resources Preservation Act of 2009 (PRPA). The proposed regulation provides standards for a coordinated approach to the management of valuable paleontological resources on the public lands managed by the BLM. The regulation clarifies how the BLM will manage paleontological resources on public lands to ensure they are available for current and future generations to enjoy as part of America’s national heritage.  The proposed regulation 1093-AA16 is available at the Federal Register.

View partner paleontology websites through the links below. 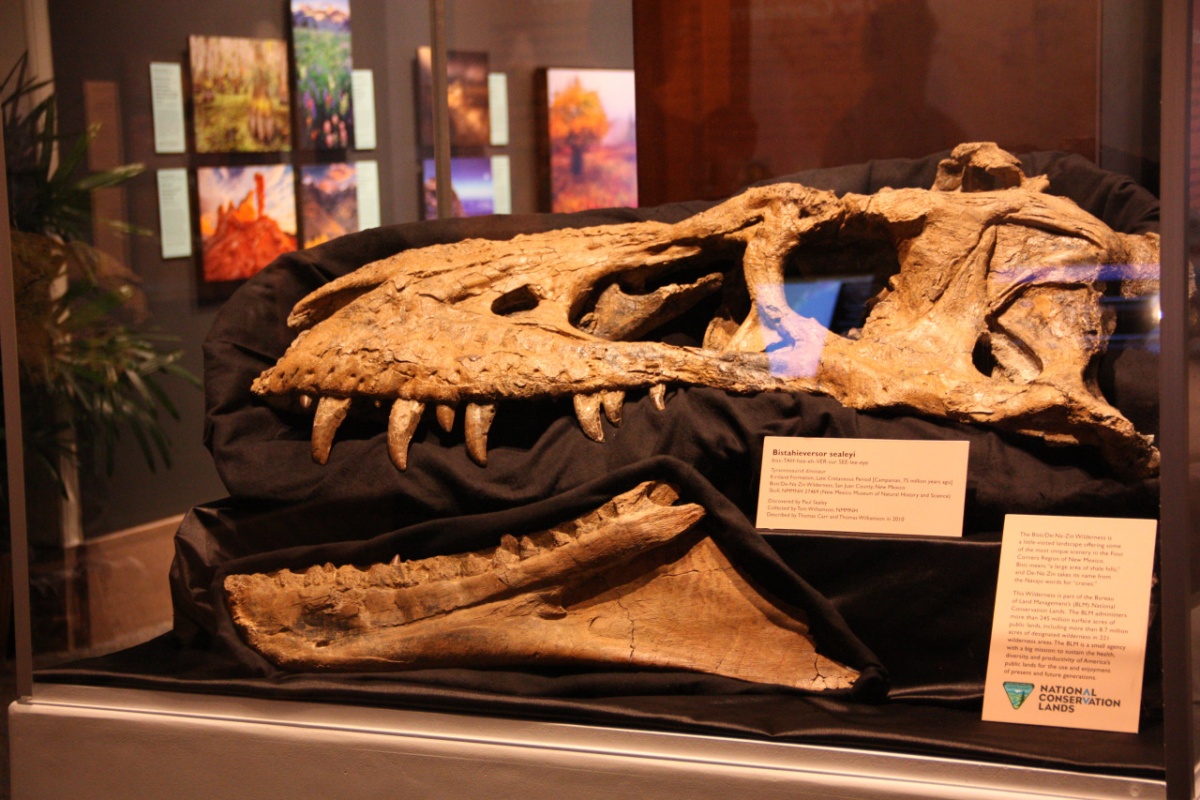 Explore paleontology on your public lands on the Bureau of Land Management's Tumblr blog.

Getting Salt Lake Center for Science Education students involved in #paleontology at the Cleveland-Lloyd Dinosaur Quarry is a piece of cake for @BLMUtah paleontologists! Read more: https://t.co/scptdGmvWu pic.twitter.com/mL2GYNraoo

Happy #EarthScienceWeek and #NationalFossilDay! Jurassic Park may be fiction but jurassic-age #fossils are very real. This discovery from the Ojito Wilderness is the first evidence that prehistoric crocodiles lived in what is now #NewMexico, and it was discovered on BLM managed lands. Found by the Chesebrough family in September 2018 in the Morrison Formation within the Ojito Wilderness Area, the discovery is a great example of #citizenscience and its importance. They followed the proper protocols for discovering a fossil on BLM-managed lands: do not attempt to remove or collect the fossil, instead photograph the specimen and take a GPS recording of the location. Once the Chesebrough family sent BLM New Mexico and New Mexico Museum of Natural History & Science the photos and GPS location, archaeology staff were able to coordinate a field visit to evaluate and collect the fossil. The Chesebroughs have identified other fossil localities within the Ojito Wilderness Area that will be evaluated later this Fall. It is unlikely that this fossil would have been discovered without the BLM's support of #citizenscience. #science #STEM #paleontology #history #jurassic #publiclands Photo credit: Top left- Philip Gensler, BLM Top right- Philip Gensler, BLM Bottom left- New Mexico Museum of Natural History (Spencer Lucas) Bottom right- Matt Celesky