Podcast: It's All Liaison Work

From growing up on Kodiak Island to learning from Native Americans nationwide to leading the Alaska Federation of Natives, BLM Alaska’s acting Native Liaison Ralph Eluska by some accounts lived many lifetimes even before joining the bureau 13 years ago. Join us for a rare glimpse into the enlightening, humorous, and at moments frightening life of a man who’s also working doggedly right now to get federal land into the hands of Alaska Native Vietnam-era veterans. 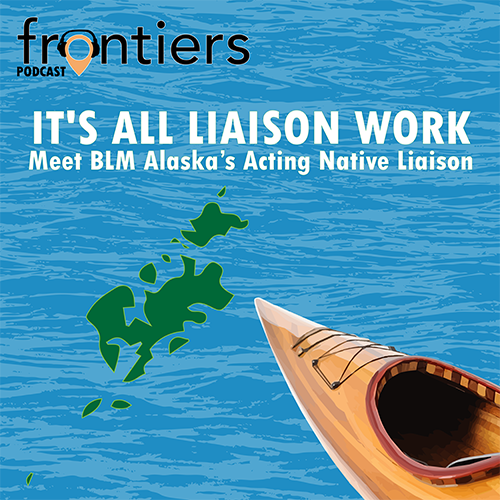 Every member of the BLM Alaska team touches the lives of Alaska Natives, from supporting subsistence to getting land claims settled to facilitating income-producing responsible development balanced with conservation.

BLM Alaska’s acting Native Liaison Ralph Eluska plays an important role in helping build the mutual trust, understanding and respect necessary for these programs to succeed, and it’s a pleasure to have you on the show, Ralph.

Tausch: And that's “thank you”?

Tausch: So, you grew up in Akhiok, a small Aleut village of about 90 people on the south end of Kodiak Island. What was that like?

Eluska: I don’t know if you’ve been to New Zealand, but it’s like that. It’s all grassy all the way from the sea water’s edge up to the tops of the hills, and, uh, very lush green in the summer. We hunt birds –ptarmigan – and fish on the waters. We have king crag, we have dungy [Dungeness] crab, we have halibut, sea water ducks, and then plenty of clams and octopus. So, when the tide’s out, the table is set.

Eluska: You know, it’s interesting because my mom is 93 and she’s the last of my grandpa’s children. My grandpa and my grandma, they had like nine in the family. Our, uh, generations basically go back to our grandfathers, because of that Spanish flu just really wiped a lot of the people our across Alaska. Then we were wiped out before that on Kodiak Island by the Russians.

My grandpa, he was born in 1901. He migrated from Chignik, which is on the Alaskan peninsula, up through Kanatac, which was a volcano village -- it blew up, I think in 1912 – over to Karluk [on Kodiak Island]. He met my grandmother there, and he moved over to Akhiok.

Tausch: But you had to leave Akiok after the 8th grade to pursue your education. For high school at a Native boarding school in Sitka, Alaska, and then to Fort Lewis College in Durango, Colorado where you were surrounded by Native Americans from across the country, as well as Alaska Natives thanks to free tuition offered for the country’s indigenous peoples. How was that college experience?

Eluska: From the east coast to the west to Alaska, we became a melting pot right there at, uh, Durango, uh, getting to know each other. It was quite a, uh, cultural experience]

Tausch: I have to imagine those experiences also played into your success when returning to Alaska. I mean, among many other things, you served as the co-chair and board member for the Alaska Federation of Natives, as well as the president of your native village corporation and a board member for the regional corporation representing all of the villages on Kodiak Island. How important are these roles?

Eluska: Well, the roles are very important. But, more important is the organization itself: the Alaska Federation of Natives. It’s a socio-economic organization of all of us that come from villages and regions, and we decide on issues that impact the whole state. We don’t take up issues that take sides because it would be harmful to the good of the whole organization.

I just got to know all the village leaders and members at AFN, so I didn’t mind doing the politics.

Tausch: Well, it sounds like some of those skills came in handy when you came to the BLM in 2003, and it was having a bit of a communication breakdown in trying to get land back into the hands of Native Alaskans.

Eluska:  I came on when Native allotments were, uh, an issue because when it came to talking about allotments going to individuals, that was not part of their culture. Yupik’s didn’t own land. They used what was on it, and it belonged to everybody. You know, they’re not disrespecting you, it’s just that some of this stuff is gobbledygook to them. So, you know, they see me coming, and they says, “Oh, okay. He’s okay. Let’s sit down and talk.” I was able to break down the barrier of just getting into the door. 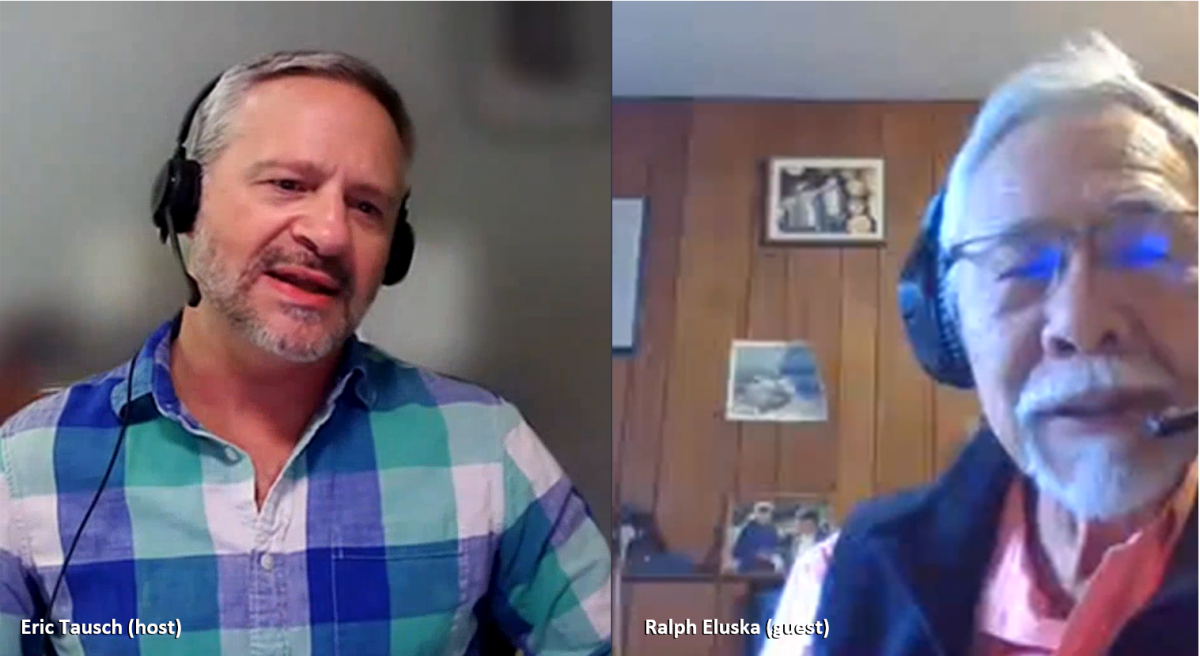 Tausch: Those discussions sound like they may have been among the most difficult discussions to ever have.

Eluska: (Laughing) Exactly. They were. Uh, I remember one case over in the Calista area [Calista Regional Corporation area] over on the coast. We were arranging for a meeting in the Nelson Island area and, uh, one the more feist villages said, “Yeh, you can have your meeting, but don’t forget to bring your coffin with you.”

RALPH: Oh, yeh. This is their culture that we were messing with.

But it’s all liaison work, and we try to bring that back to the work that we’re doing and respect the people, the chiefs, and the counsels because they are sovereign – the tribes are. That you keep right under your sleeve. You violate that, and it’s hard to get back to the base.

Tausch: Before I let you go Ralph, I do want to acknowledge the main project you’re working on right now. And that is getting land allotments of up to 160 acres each into the hands of Vietnam-era Alaska Native veterans – or their descendants – under the 2019 Dingell Act. Is this new program good for our veterans?

Ralph: This is a really good thing for our vets. There’s very strong and sincere interest by the vets to acquire some land under this program. It’s going to be quite a celebration when we get the first one out.

Tausch: BLM Land Transfer Resolution Specialist, acting native liaison, and the voice of the BLM to so many of our Alaska Native Vietnam-era veterans and families for this new allotment program, Quyanna! It has been such an honor and pleasure to talk with you today.

That concludes this Frontier's podcast. For more information about the Alaska Native Vietnam-era Veterans Allotment Program of 2019, visit BLM.gov/Alaska. Also, make sure you check out the BLM Alaska Facebook page to stay up to date on everything from environmental work to permitting conveyances and more. The Frontiers podcast and a production of the BLM Alaska Office of Communications.