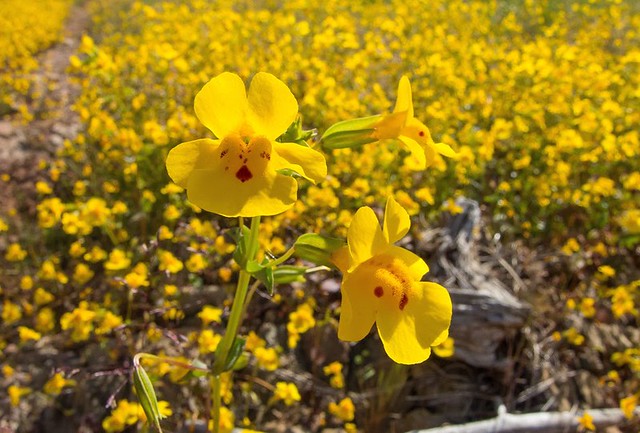 The Red Hills is a region of 7,100 acres of public land located near the intersection of State Highways 49 and 120, just south of the historic town of Chinese Camp in Tuolumne County. The Red Hills are noticeably different from the surrounding countryside. The serpentine-based soils in the area support a unique assemblage of plant species. Included among the thorny buckbrush and foothill pine is a rich variety of annual wildflowers, which put on a showy display every spring.

NOTE: All California game species are regulated by the California Department of Fish and Wildlife (CDFW). Rules, regulations, and seasons are controlled by CDFW, and it is the hunter's responsibility to verify and comply with proper species, seasons, zones, regulations, and legal location if hunting on public lands.

FGC 3004 — It is unlawful for any person to hunt or discharge while hunting, any firearm or other deadly weapon within 150 yards of any occupied dwelling house, residence, or other building or any barn or other outbuilding used in connection therewith. The 150 yard area is a "Safety Zone." 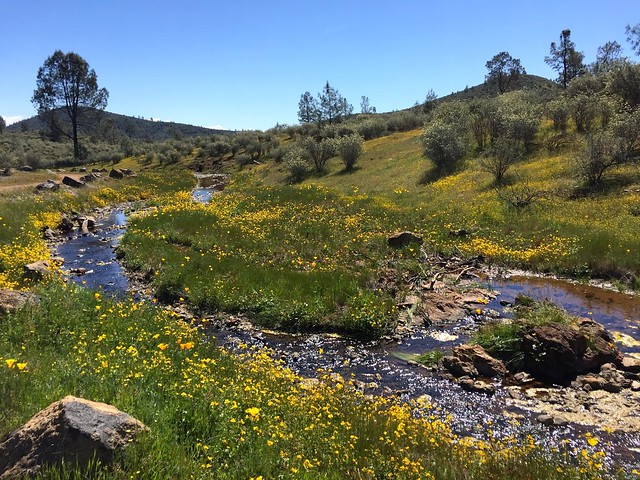 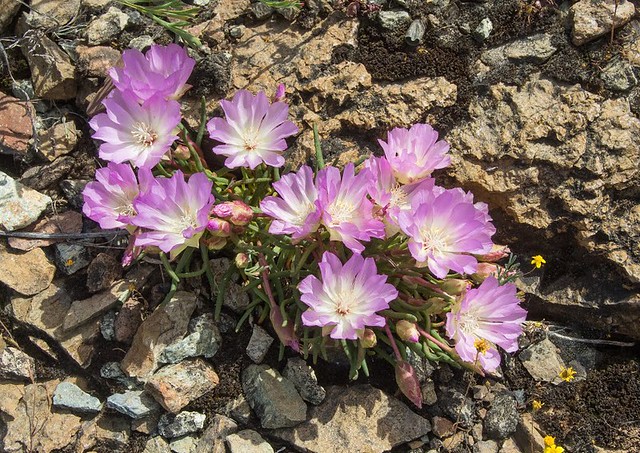 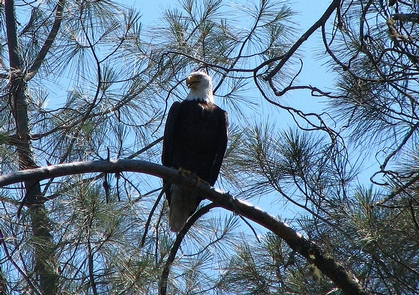 The entire Red Hills Management Area has been designated as an ACEC. The purpose of the designation is to protect the rare plant species found there, the unusual serpentine soils that provide habitat for unique flora of the area, habitat for the rare minnow known as the Red Hills roach and to protect bald eagle wintering habitat.

The vegetation of the Red Hills is unique.  The assemblage of plant species found there, including 7 rare plants, occurs nowhere else in the world.  In the early spring the seemingly barren hills turn yellow, white, lavender and pink, with a spectacular wildflower display.

Two plants occur only in the Red Hills:  Red Hills vervain and Red Hills ragwort.  They’re found only in wet areas, around creeks and springs.  The other rare plants, Layne’s butterweed, Congdon’s lomatium, Mariposa cryptantha, Red Hills soaproot, and Rawhide Hill onion, grow in upland locations, and have been found on similar rock types outside the Red Hills.

To view photos of the rare plants within the Red Hills, go to:
CalPhotos website:  https://calphotos.berkeley.edu/
Enter the common name of the plant and select the 'search' button.

Map of the Red Hills ACEC

Permits, Fees, Limitations:
There are no fees to enter the site.  Please note:  A Special Recreation Use Permit is required for all competitive or commercial activities on public lands.

Camping and Lodging:
There is no camping on public lands within the Red Hills ACEC.

Food and Supplies:
Food and supplies are available in Jamestown.

Know before you go:
The best time to view wildflowers is late March through early May.