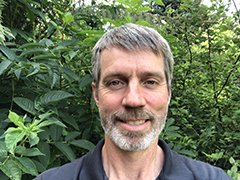 EL DORADO HILLS, Calif. — Chris Heppe grew up playing in the streams and forests of the Sierra Nevada foothills in Nevada City. It is his love of water, wildlife and their habitat that lead him on a lifelong career in federal service to remote corners of the world. But Heppe’s path has now brought him back home as the new Bureau of Land Management Central California District Manager based in El Dorado Hills.

“It is a tremendous privilege to be a steward of such a diverse landscape and spectacular cross-section of California that is enjoyed and utilized in a variety of ways,” says Heppe. “I look forward to supporting the BLM managers, staff and specialists who are fantastic at handling the popularity of our recreation areas, while building partnerships with other agencies and communities. Together we can leverage resources and enhance the work being done on the ground.”

Two weeks after graduating with a Biological Sciences degree from the University of California at Davis, Heppe started his federal service as a Peace Corps volunteer planting trees as living fences that provide habitat, forage and erosion control in Paraguay. He then hooted for spotted owls as a seasonal wildlife technician in the Tahoe National Forest, before earning a Masters Degree in Environmental Management from the University of San Francisco.

Chris went to work for the Environmental Protection Agency in their Regional Office reviewing hazardous waste management permits, then transitioned into the Water Management Division administering grants to states to improve water quality and watershed health. Watershed restoration next lead him to the Redwood National Park as a natural resource program manager and onto the BLM as manager of the Headwaters Forest Reserve. Heppe most recently served as the assistant field manager for the BLM Arcata Field Office where he oversaw a variety of natural and cultural resource programs in partnership with local communities.

Heppe replaces Este Stifel, who retired from federal service last year. When not in the office, Chris enjoys family time, hiking and shooting hoops in the driveway.