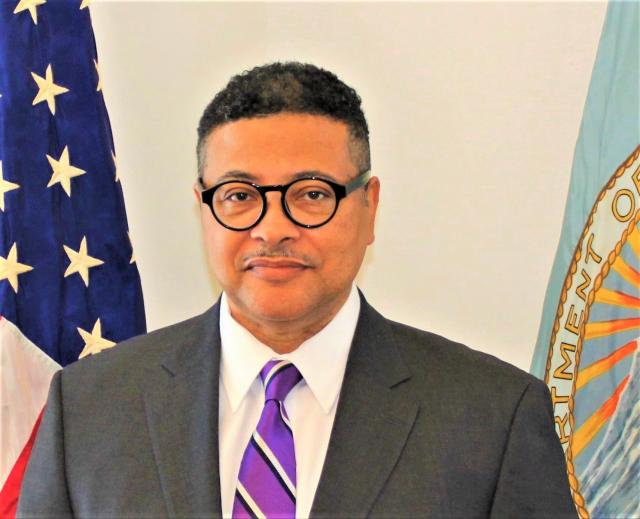 Mitch Leverette became the BLM’s Eastern States Director after serving as acting Deputy Assistant Director and acting Assistant Director for Energy, Minerals, and Realty Management in the Washington (DC) Office. He started his BLM career over 33 years ago as a staff geologist. He worked in the California State Office for over 17 years in various positions and across several minerals programs. Leverette moved to Washington in 2004 as Deputy Division Chief for Solid Minerals and became Division Chief in 2008. Over the last 15 years, he completed a number of national-level assignments in key positions, including acting Eastern States Director, BLM Budget Officer, and Deputy Director for the National Operations Center. Leverette holds a bachelor of science degree in geology from the College of Charleston and a master of science degree in geology and geochemistry from Sul Ross State University in Alpine, Texas.