Gentle waters with occasional small rapids flow through Orilla Verde, providing an ideal setting for many recreational activities. Because of the dramatic changes in elevation and the diversity of plant life, Orilla Verde draws many species of animals, including raptors (such as eagles and hawks), songbirds, waterfowl, beaver, cougar, ringtail, mule deer, and more. The Rio Grande also has attracted humans since prehistoric times. Evidence of ancient peoples is found throughout the Recreation Area in the form of petroglyphs on the rocks and many other types of archaeological sites. 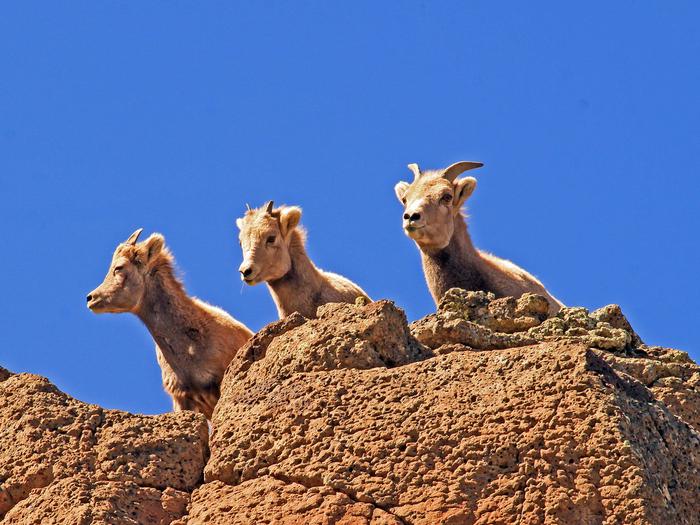 Located in Pilar, NM, at the intersection of NM 570 and NM 68 the Visitor Center provides information about the recreation experiences to be had in the area as well as about the geological and natural history of this diverse and interesting area. From mid-April through October, the Visitor Center is open 7 days per week from 8:30 a.m. to 4:30 p.m. Winter hours are from 10 a.m. to 2 p.m. daily. For more information, contact the Visitor Center at 575-751-4899, or the Taos Field Office at 575-758-8851.

Four of the campgrounds also have drinking water and shelters available. Pilar Campground and Río Bravo Campground both have RV sites with water and electric hookup (no sewer).

Self-service pay stations are located at the campgrounds and Taos Junction Bridge.

The Rio Bravo Group Shelter and Taos Junction Group Site reservations are made by submitting a request through BLM_NM_TAFO-Admin@blm.gov. Taos Junction Group Site does not include a shelter or electricity but group camping and day-use is still available. Each of group sites accommodate up to 40 people which includes up to 15 vehicles. Fees for the group sites are $30/day use and $40/overnight. Additional vehicles are $3 per vehicle.

New: The pay showers are closed at Río Bravo Campground. Petaca Campground is closed. Construction is on-going. Please avoid the campground when work crews are present.