From the intersection of NM 246 and US 380 in Capitan, NM, drive east on US 380 for 4.3 miles to NM 220, which will be on the right. From the west end of Lincoln, NM, drive west 7.75 miles to NM 220, which will be on the left. Drive south 0.9 for miles to the Rob Jaggers Campground, where maps and an information kiosk are available. Historic Fort Stanton is approximately 1.5 miles further south on NM 220. On the grounds of Fort Stanton, the State of New Mexico operates a museum with information about the Fort and the Fort Stanton - Snowy River Cave NCA.

The Fort Stanton - Snowy River Cave National Conservation Area (NCA) was established in 2009 to protect, conserve, and enhance the unique and nationally important historic, cultural, scientific, archaeological, natural, and educational subterranean cave resources of the Fort Stanton - Snowy River Cave system. The NCA was once known as the Fort Stanton Military Reservation. In 1855, the U.S. Army established Fort Stanton as an Infantry and Cavalry post in the east-central New Mexico Territory to protect settlers in the region. Within the NCA is Fort Stanton Cave, at over 31 miles, it is the second longest cave in New Mexico, the 14th longest cave in the U.S., the 62th longest in the world, and the largest cave managed by the BLM. Snowy River is a significant passage within Fort Stanton Cave, and is the longest cave formation in the world. Today, approximately 15 miles of previously unknown passage have been mapped, without reaching the end.

There are 22 miles of designated roads within the NCA. Vehicles are limited to designated routes which will be marked with signs stating open or closed.

The New Mexico State Director of the BLM has determined that caves with significant bat populations are special areas requiring protection. This is based on the potential risk of White Nose Syndrome (WNS) infection to those bat populations. Therefore, Special Recreation Permits (SRP) will be required for all activities in caves with significant bat roosts. In an effort to limit the introduction of WNS to these caves by humans, the BLM will issue a limited number of SRPs to cave researchers who are subject to verified USFWS decontamination procedures.

This unique NCA has many opportunities for hiking, caving, horseback riding, mountain biking, camping, visiting cultural and historic sites, picnicking, hunting, wildlife viewing, nature study, and photography. There is drinking water and toilets at the Rob Jaggers Camping Area and at the Cave Campgrounds.

(Hiking, Biking, Horseback Riding) Fort Stanton NCA has 73 miles of sustainable horseback, mountain biking, and hiking trails that wind through open meadows and canyons. Trails are marked with flexible fiberglass markers with the trail name or an arrow attached to the marker. Cross-country horse and foot travel is allowed. Mountain bikes are strongly encouraged to stay on established trails to protect the rider as well as the landscape. The trails offer great views of the surrounding Sacramento and Capitan Mountains. The majority of the trails start at the Rob Jaggers Camping Area on NM 220 where you will find hitching rails, water for your animals, and a vault toilet.

The Trail can be reached from NM 220, west of the Sierra Blanca Regional Airport. Follow the highway signs stating “Upper Rio Bonito” to the bottom of the hill and turn right for approximately 250ft then take the next left until you reach the trailhead (high-clearance vehicles are recommended). Petroglyph Rock is a short 450 ft walk from the parking area. The loop trail is approximately 2.1 miles in total length and is easy-to-moderate hiking with a few hills and areas with loose footing. Plan to spend approximately one hour on the Trail.

Historic Fort Stanton is one of very few intact frontier forts in the West. Many of the original Fort buildings still stand. From 1855 to 1896, the Fort played host to some of the most colorful units and personalities of the West, including the 9th Cavalry, and the 24th, 57th, and 125th Infantry Buffalo Soldiers, Billy the Kid, Lew Wallace, Colonel Kit Carson, and General “Black Jack” Pershing. The post was also a Merchant Marine hospital & tuberculosis sanatorium, and World War II prisoner of war camp. In 1953, the Fort and 1,320 surrounding acres were transferred from Federal to State ownership, becoming a state hospital and training school until 1955. Today, the Fort area is active with other State activities and the Fort Stanton Museum is open on a daily basis (http://fortstanton.org/).

Fort Stanton Cave
With over 40 miles of mapped passages, the Cave is normally open for recreational caving under permit from April 15 to November 1. However, due to the threat of White Nose Syndrome (WNS), which has killed 8 million bats in the eastern and southern states, and has been identified nearby in Texas, the Cave has been placed in a recreational caving moratorium pending research and monitoring of the unwanted arrival of WNS.

The Cave is widely known for its rare velvet formations, and there are also interesting helictites, aragonite, selenite needles, and various forms of gypsum. During the winter months the Cave is closed to protect hibernating bats. The Cave is gated to protect other unique resources and to prevent unsupervised visitation. Please check back with this website for any changes to the recreational caving moratorium.

Snowy River
Very slow moving groundwater dissolved the grayish-brown limestone in which the Cave is formed and recrystallized that limestone into a white-colored mineral called calcite. Through numerous infillings of groundwater saturated with calcite, followed by draining and drying, repeated coats of calcite were laid on the bottom of the Cave through the entire 11 miles of Snowy River passage that has been surveyed to date. This unique white crystalline deposit glistens like snow and may be the longest calcite formation in North America. Several endemic microorganisms have been discovered in this new section of the Cave. In this sunless environment, species living here do not get their energy from the sun. Instead, they chemically break down rock. In the process, they create chemical byproducts that could have pharmaceutical uses. There are also several species that have formed symbiotic relationships with each other.

Continuing exploration and scientific research will help us better understand the formation of caves in this area, improve our understanding of groundwater hydrology of the region, and increase our knowledge of the biology of the Cave. In the years to come, many new biological discoveries are anticipated. Due to the scientific importance of the Cave, the Snowy River passage is not open to the public. BLM is planning interpretive products in the future so the public can enjoy and better understand this unique resource.

The Fort Stanton NCA is open to overnight camping with a 14-day maximum length of stay. To camp, vehicles may pull off any of the dirt roads, but no more than 90 feet from the road. There are two small formal camping areas: The Rob Jaggers Camping Area on NM 220 and a the small Cave Campground near Fort Stanton Cave entrance.

Rob Jaggers Camping Area - This site consists of a large parking area, 2 vault toilets, and facilities for staging horseback riding. There are eight RV hookups with electricity and potable water, and other potable water outlets. Sites with electricity and water are first come first served. Groups and individuals may camp in the parking lot and grounds along a loop road immediately east of the parking lot. To make group shelter reservations, please contact the camp host at 575-322-0030, or for more information please contact the Roswell Field Office.

Cave Campground - Several tables and fire rings are located here, as well as a vault toilet. The access road is graveled. 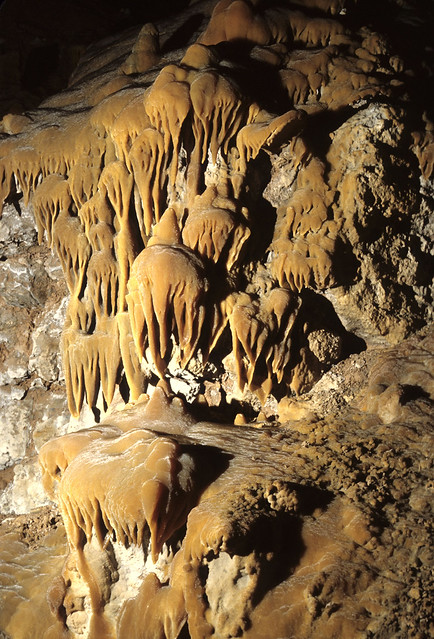